SpaceX launched a commercial satellite into space on Thursday with the boost of a partly used rocket, a feat that may open an era of cheaper space travel.

A Falcon 9 rocket from SpaceX — formally Space Exploration Technologies Corporation, based in Hawthorne, Calif. — lifted off from the Kennedy Space Center in Florida to deposit the payload, a telecommunications satellite that will service Latin America, in the proper orbit.

What was noteworthy was that the first stage, or booster, of the rocket had already flown once before. It could conceivably launch again, since it returned in one piece, landing on a floating platform in the Atlantic. 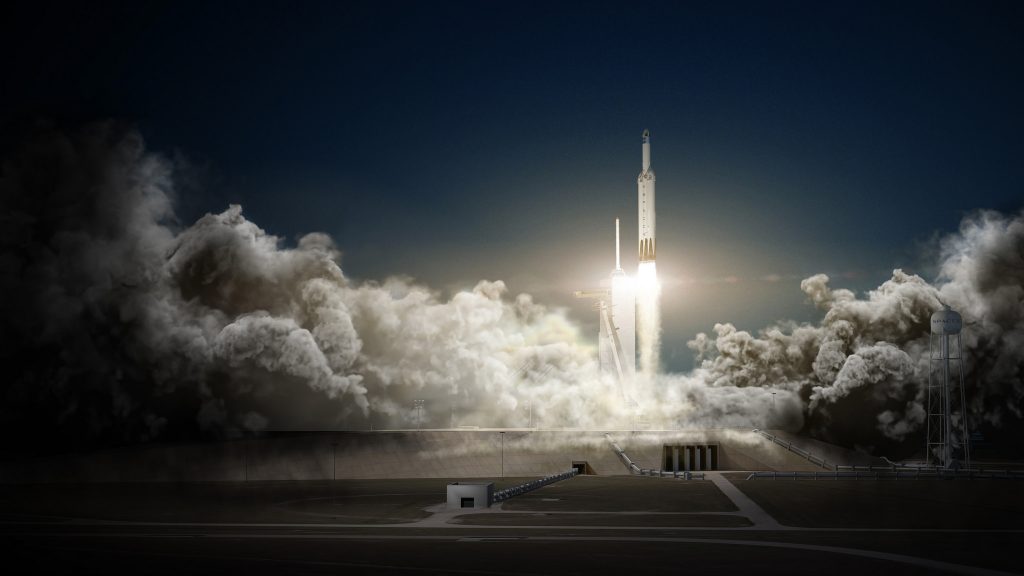 “It did this mission perfectly,” Mr. Musk said during a SpaceX broadcast of the launch. “It dropped off the second stage, came back and landed on the drone ship. Right in the bulls-eye.”

A commercial flight employing a reused rocket is a stride toward reducing the cost of sending payload to space, for business ventures like satellite companies in particular. For Elon Musk, the founder and chief executive of SpaceX, replicating this flight with reusable rockets on a regular basis would be a crucial step toward his dream of sending people to Mars.