Jupiter’s moon Io would be a terrible place to visit, with active volcanoes and planes of sulfur-dioxide frost. Of course, that distinctive environment is also what makes it so interesting to study. A recent conjunction within the Jovian system provided astronomers with a unique opportunity to learn more about Io’s surface, and what they found sounds both hellish and fascinating — huge waves of lava are rolling across one of Io’s molten lakes.

Io is the fourth largest moon in the solar system, but it has the highest density thanks to its iron-sulfide core. It is the innermost Jovian moon, and its close proximity to the gas giant leads to incredible gravitational stress. The crust of Io flexes as it orbits Jupiter, leading to tidal heating that drives its volcanic activity. The surface of Io is so active that it has almost no cratering from impacts. There are numerous lakes on the surface of Io, including one of particular interest called Loki Patera that is larger than Lake Ontario (although, it’s filled with lava instead of water). Mysteriously, it gets substantially brighter in 400-600 day cycles, and now we might finally know why.

Researchers were watching Loki Patera (the roughly ring-shaped feature in the image above) closely in March of 2015 when Europa passed in front of Io from our perspective. Europa is the polar opposite of Io with a surface covered in thick ice sheets. Thus, it has almost no emissions in infrared, allowing astronomers to use this eclipse to measure the temperature of Io’s volcanoes.

As Europa slid across Io (right), astronomers took readings with the Large Binocular Telescope Observatory (LBTO) in Arizona. According to study co-author Ashley Davies of the Jet Propulsion Laboratory, the variations in temperature as Io was covered and then revealed allowed the team to map the moon’s surface temperatures. They were looking for evidence of either eruptions that spread lava over the surface of the lakes all at once, or oscillating waves of lava that constantly overturn the surface — it looks like probably the second.

You can see an illustration of the temperature changes across Loki Patera in the video below. The temperature increased from one end to the other, indicating a wave of lava was overtaking older, cooler lava at a rate of 3,300 feet (1 kilometer) per day. Essentially, the lava in Loki Patera cools and sinks, leading to a “wave” of fresh lava washing over it. The temperature increase also originated from different points at different times, indicating there are multiple vents emptying into Loki Patera.Another eclipse of Io by Europa is expected in 2021, at which time researchers will attempt to confirm some other theories about geological activity on this fascinating moon. 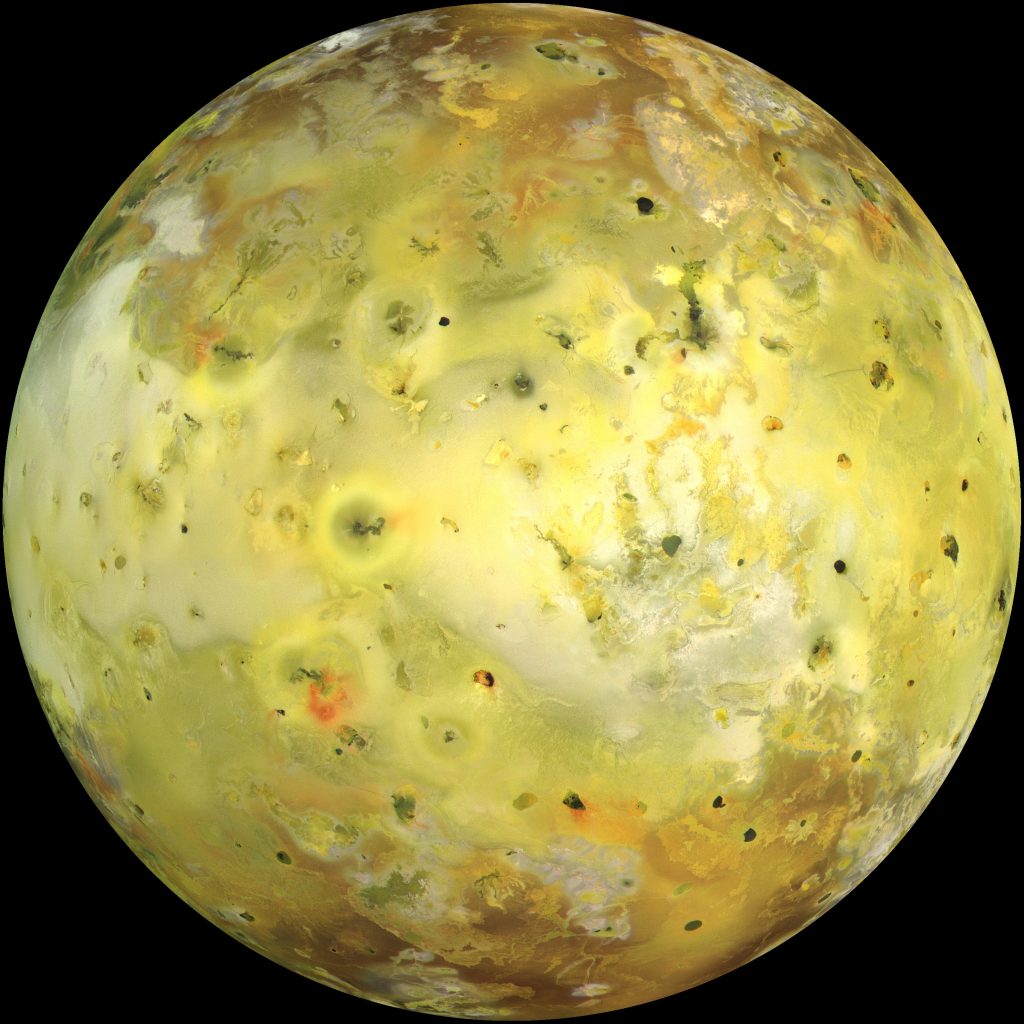