Tom’s creator, the Small Robot Company, is part of a wave of “agri-tech” startups working to transform production in a sector that is under economic strain due to market pressures to keep food cheap, a rising global population and the uncertainties of climate change. Most robots are still only being tested, but they offer a glimpse of how automation will spread from manufacturing plants into rural areas.

Next year, the British startup plans to start testing two more robots controlled by an artificial intelligence system that will work alongside Tom, autonomously doing precision “seeding, feeding and weeding.”

The aim is to drastically cut down on fertilizer and pesticide use to lower costs and boost profits for struggling farmers. As such, it not only helps economically, but it also lowers the environmental impact of farming.

“What we’re doing is stuff that people can’t do,” said Ben Scott-Robinson, co-founder of the Small Robot Company . “It’s not physically possible for a farmer to go round and check each individual plant and then treat that plant individually. That’s only possible when you have something as tireless as a robot and as focused and accurate as an AI to be able to achieve that.”

Commercial sales of the full, multi-robot system is still years away, with larger-scale testing planned for 2021. They represent the next step in the evolution of automation for farms. Self-driving tractors and robotic milking machines have been in use for years and, more recently, unmanned aerial drones that monitor crops have gone into service. 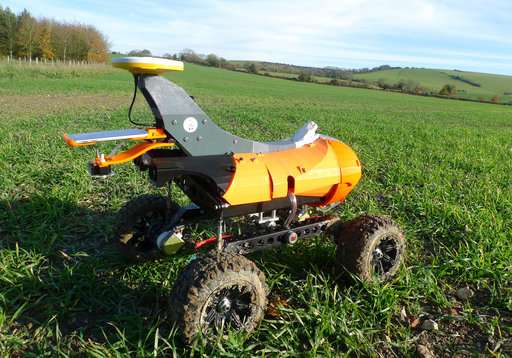