According to the Kickstarter page, Kniterate hopes to bridge the gap between traditional home knitting machines (apparently a thing that’s been around since the ‘80s — who knew?), which are cheaper but complicated and tricky to use, and more expensive industrial machines. That said, a single Kniterate costs $4,699 on Kickstarter, with only 125 units being offering through crowdfunding. And if you miss that, you’ll be stuck paying $7,499 at retail, which certainly stretches the price point for “consumer” a bit.

Obviously, given the price and the fact that Kniterate is an extremely complex piece of hardware and software from a first-time company, it’s worth doing your own research before putting up the cash. The first Kniterate units are expected to ship in April 2018. 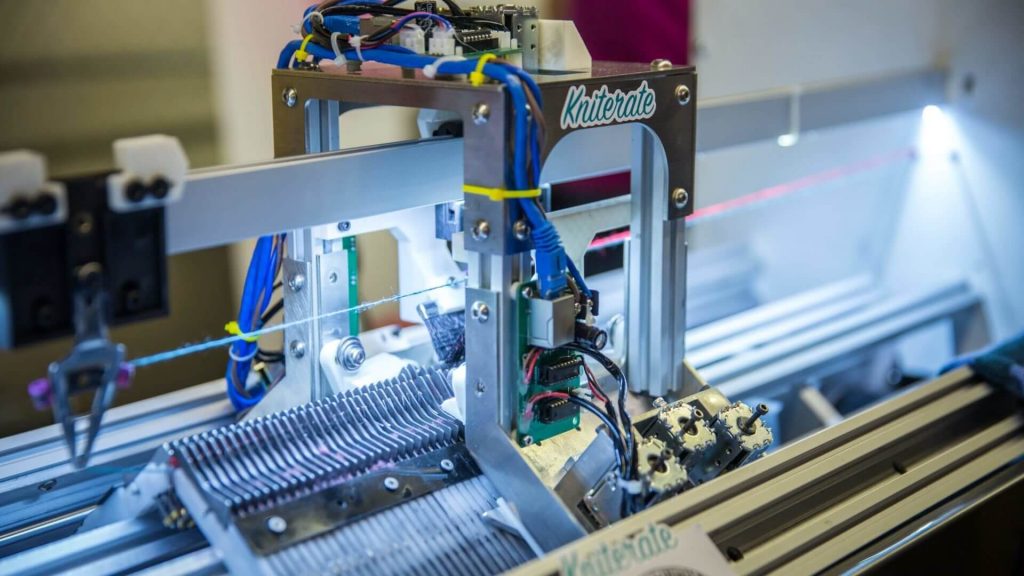