Devon and Cornwall Police are set to launch the first 24-hour drone unit in the UK.

It plans to assist officers with unmanned aerial vehicles equipped with cameras from this summer.

They’ll be used to help officers with investigations, by searching for missing people and taking photographs of crime scenes, for instance. 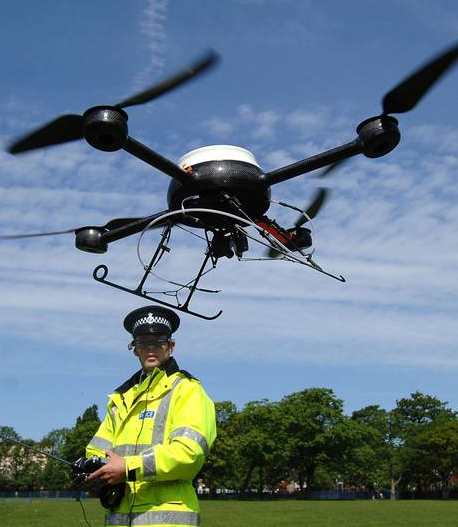 Devon and Cornwall Police, which started trialing the system with a small number of DJI Inspire 1 drones in November 2015, will share the unit with Dorset.

The force is currently looking to recruit a “drone team manager” to handle operations across nine stations in the three counties.

“I would not be at all surprised if other forces follow in due course – the question is not whether they will, it’s when,” Assistant Chief Constable Steve Barry, National Police Chiefs’ Council lead for drones, told the Daily Mail.

“There may be an opportunity at some point in the future to rationalize what we need our cops to do because we find drones can do it more effectively and more cost-efficiently… an example of that would be looking for missing people.”

Other police forces across the UK are planning to make more use of drones, which has led to speculation about potential job cuts.

“I think it’s a brave senior officer who will make that step that is going to cut cops because they have got drones,” continued Mr. Barry.

“If delivering the best service within the budget means using drones for something, a cop is now free to go to that burglary. It’s about freeing resources”