Snapmaker is an upcoming Kickstarter project with a lofty goal: to be the holy trinity for at-home makers by using detachable modules to convert between a 3D printer, a CNC carver, and a laser engraver. In retrospect, the idea seems almost obvious. All three devices need three-axis motors to work: so why not combine them into one? 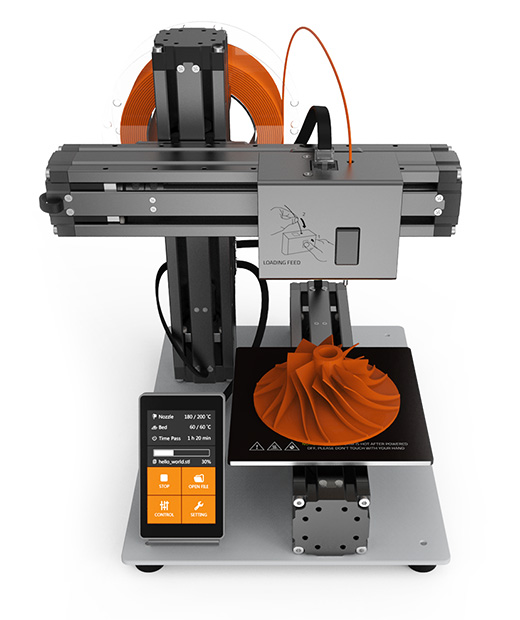 But Snapmaker doesn’t just stand out for its modular nature — it’s also impressively cheap. The default Snapmaker costs $299 on Kickstarter, and includes just the 3D printer. The laser engraver and CNC modules then each cost $75, making the entire package cost $449 — which would be a pretty good price for just one of these devices, let alone all three.

The company also claims that it’s offering a fairly high-quality printer for the price, with an “all-metal” construction and 3.2-inch color touchscreen. When it comes to actual specifications, the 3D printing module can print items up to 125 x 125 x 125mm in size at a resolution of 50–300 microns. When it comes to engraving, the laser module offers a 500mW beam that can work with wood, bamboo, leather, plastic, fabric, and paper. And the CNC module can carve wood, acrylic, and PCB at speeds between 2,000 and 7,000 RPM.

Obviously, these are some pretty big promises to be making, especially at the relatively low price point that Snapmaker sells for. And as a first time, crowdfunded project from a new company that has yet to ship a product before, the burden is on Snapmaker to show that they can actually deliver. And while the company has posted videos to YouTube demonstrating the various modules in action, at the price that Snapmaker is selling, it’s possible the whole thing is too good to be true.

Snapmaker goes live on Kickstarter at 10 AM on March 14th.