Intel has pulled the plug on its big annual developer conference, Intel Developer Forum, as more tech companies shift their approach away from mega events to smaller, more concentrated confabs.

The Santa Clara-based chip company said Monday that it is “retiring” its annual three-day event, which was set to take place in San Francisco’s Moscone Center August 15-17. The conference, called IDF, has been held for nearly 20 years, drawing in thousands of people for the past several years.

“Intel has been transforming from a PC company and becoming much more diversified — we are in AI, 5G, autonomous driving,” company spokesperson Agnes Kwan told the Silicon Valley Business Journal on Monday. “The scope has really grown. As our business evolves, we need to reach new audiences and use different ways to reach them.” 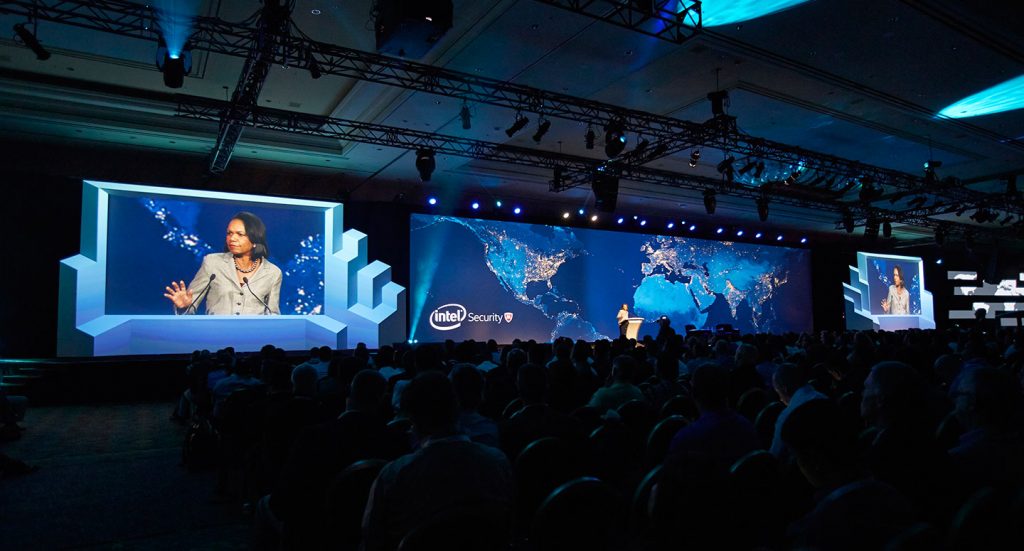 Kwan confirmed that instead of a giant annual conference, Intel will instead host several smaller events. The company held a “Tech and Manufacturing Day” and “AI Day” in San Francisco earlier this year. It also plans on having “more of a presence” at different events, Kwan said adding that the company joined the LA Auto Show in Los Angeles and South By Southwest in Austin this year.

“We have been evaluating our event strategy for some time and updated it recently,” he said.

The announcement comes as Intel decides which direction to focus its many technology efforts. Other large technology conferences have also started to shift to a model of smaller, more concentrated events.

Jack Gold, principal analyst at Gold Associates, said the big conference caused Intel to lose focus. “IDF grew from a conference dedicated to using its chips in other systems to, over last few years, talking about AI, etc.,” he said. “Three thousand attendees would come for one thing and 1,000 would come for something else. If you’re developing for PCs, do you care about AI or self-driving cars? It’s gotten so broad.”