Mrvoš’s company Include has launched a campaign on investment platform Funderbeam – which is the world’s first primary and secondary marketplace for early-stage investments.

The story of Include started in 2015, when Mrvoš installed the first smart bench in his hometown of Solin on the Croatian coast. In the same year, Ivan and his friend sold and produced 25 benches for 3 countries and made a total revenue of €40.000. 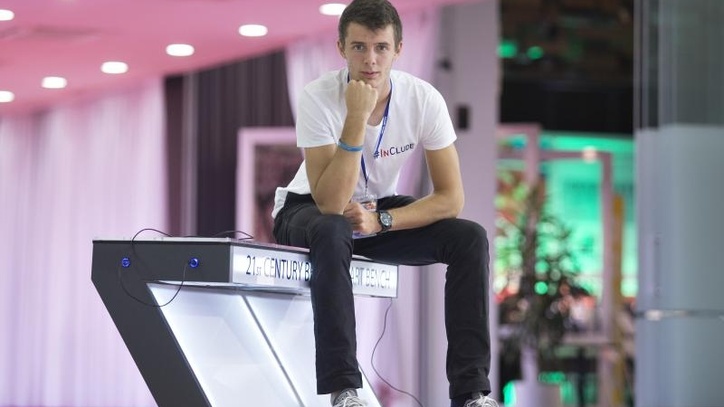 “At the beginning of 2016 things became more serious. There were more and more inquires for benches and also first competitors started to show up with their prototypes, so Ivan decided to take his business serious – the smart bench from Solin had to become a serious product, and Include a serious company. The Steora bench came to life,” the company says.

Steora is world’s best street bench and can be installed anywhere as long as it exposed to some natural light. Over the day all energy goes into a strong battery system which ensures that the bench can work normally even if there is no sun for few days.

“The bench hides a wireless charger for advanced mobile devices – integrated in acrylic glass cover – while it also offers two regular USB ports, together with a Wi-Fi access point. Pedestrians/users can charge their phone and connect on superfast internet, use it for social networks, local news, etc. This is also usable for areas around the bench, like boats in the marina, bar terraces around the walking paths and similar. Steora provides LED night light and makes space around it more visible. It also has an integrated cooling system which means that in hot summer days seating cover stays cool. Every 30 minutes many different sensors – like humidity, air quality or temperature sensors – collect information on main controller which then sends them to Include’s servers.”

“In the 5 year period, we plan to sell a total of 35,000 benches on 30 different markets, primarily targeting EU market.”