Polish start-up has developed software that can search for and detect fake news, hate speech and violence across online platforms. Michał Wroczyńslo and Gniewosz Leliwą developed the technology through their company, Samurai Labs. The precision of the software is a first for the industry and is providing hope and a potentially very powerful weapon in the fight against the wave of online disinformation and internet trolls.

AI software uses algorithms that were developed from a large data set. In practice, this means that is is restricted to finding phrases that already exists within a database. What Mr Wroczyńslo and Mr Leliwą have pioneered at Samurai Labs is software that has the ability to deduce and alter the algorithm accumulatively, which results in much greater precision.

“Our system is no longer sensitive only to keywords, such as cursing, but is able to observe language phenomena such as negation, dependent speech or references to the first person, and capture offensive messages within them,” said Mr Leliwą.

The greater detail provided by the software allows police and authorities to tackle various problems more efficiently as they will already know what is happening in more depth and with more nuance.

The start-up was recently hired by UK police to work alongside Cardiff University’s Hatelab in an investigation looking at hate speech against Polish people on British social media in the run up to the Brexit referendum in 2016. With over 900,000 Poles living in the United Kingdom, they are now the largest national minority in the country. An initial pilot study by Samurai Labs showed that around 5% of material published on UK social media about Polish people had a negative or offensive connotation.

Following the result of the Brexit referendum, police recorded a spike in hate crimes; an increase of 57% on the previous year. This trend continued and in 2017/18, there was a further increase of 17% on the year before.

Mr Wroczyńslo stresses that this kind of software is imperative in an age of increased cyber warfare, citing the threat posed by a flood of disinformation and potential electoral interference by Russia and other international players. He believes that this technology could be used to actively counteract this type of cyber warfare as it could accelerate the response by Facebook and other social media platforms to real time, as opposed to the current 24 hour time period.

This would result in sufficiently limited air time given to fake news and hate speech, thus limited the real world impact.

Last year Samural Labs received investment from Robert Lewandowski, the captain of the Polish national football team and striker of Germany’s Bayern Munich, who said then: “I am glad that technology is being developed in Poland which will help people from around the world in the fight against the dangerous phenomenon of cyberbullying.” 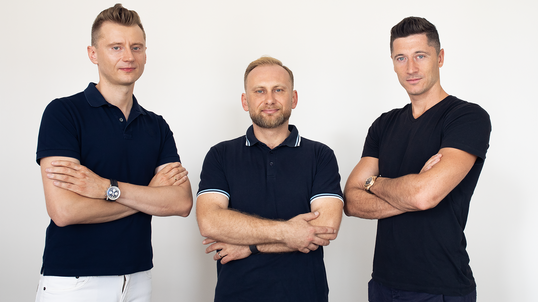