An incredible image taken by NASA shows pale white and blue layers of martian rock, showing off Mars like never before.

NASA has released new imagery of Mars – although typically known as the red planet, you would be forgiven for thinking otherwise looking at the stunning blue landscape. 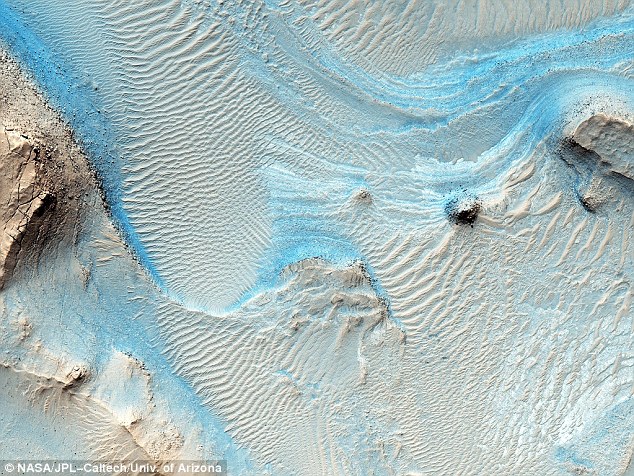 The photo was taken of a floor of a canyon near a feature which is known as Syrtis Major, and the image provides a glimpse at the history of the Martian landscape.

Researchers believe that striations illustrate a chronological stacking of the sediments, with younger layers of dust partially covering the rocks.

The region is called Nili Fossae, and is a prime candidate for a future robotic mission.

The canyon itself is believed to have been created by a series of faults, however researchers advise that there is enough evidence indicating that water once flowed through the area. 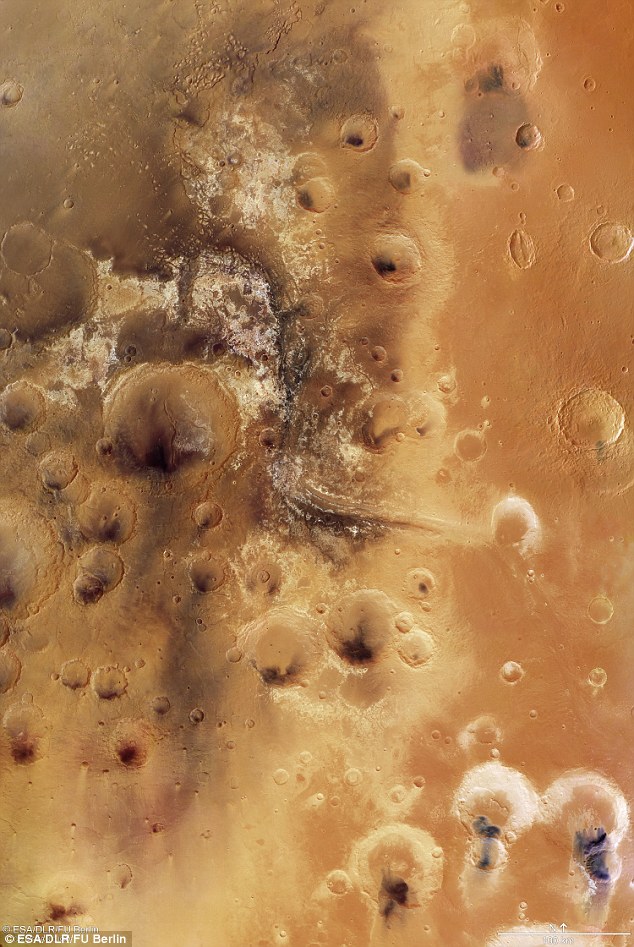 Orbital spectral measurements by the OMEGA instrument on Mars Express and CRISM on MRO show an abundance of clay minerals of different types in the canyon. These are some of the sediments that would indicate the previous presence of water.

In September, the ESA also revealed it had plans for a robotic mission to Mars – to a region known as Mawrth Vallis, a large 205,000 square mile area where it is also believed that water once swept through and shaped the surface.

It is one of the largest valleys on Mars and scientists believe that it was likely inhabitable approximately 3.6 billion years ago.