The Honor Note 8 was previously though to adopt the moniker Honor V8 Max until the GIF image teaser was released. The sleek device was also spotted on TENAA where some of the specs were revealed. 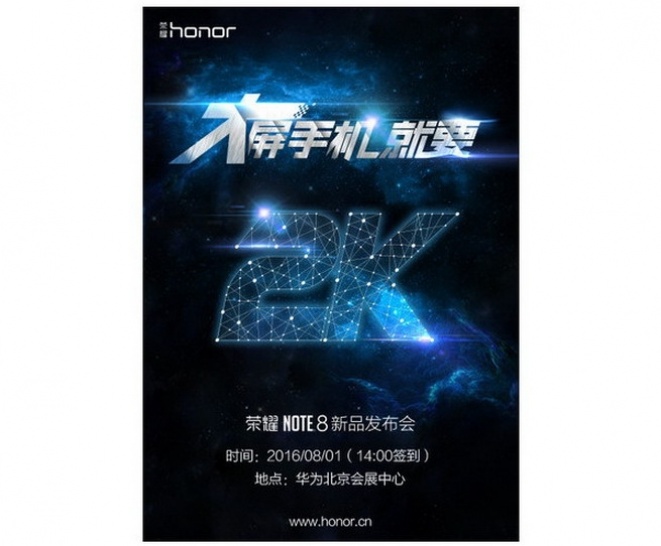 The device sports an expansive 6.6-inch screen with an equally magnificient 2k display resolution. At this point in time, we also know that the Honor Note 8 will also come equipped with a Kirin 950 pocessor while there seems to be another version with an higher Kirin 955 chipset. The device is also touted to feature two memory versions, one with 3GB RAM and 32GB ROM and another with $GB RAM and 64GB of built-in storage, both expandable.

The Honor Note 8 will feature a 13MP rear-facing camera with LED flash and an ample 8MP front-facing camera. In addition, The Note 8 comes with a USB Type-C interface and would be fired up by a massive 4400mAh battery with fast charging. There’s also a fingerprint sensor at the back which gives cause for concern about unlocking the wide phone under one handed operation.