While Apple these days might be known for their iPhones, iPads, and MacBook laptops, let’s not forget it was the humble desktop that really kickstarted the company’s success way, way, way back in the day. Now obviously Apple no longer sells these old computers, thus eluding the grasps of collectors.

However it seems that over in Germany, one collector appears to have managed to get their hands on a working Apple-1 computer via an auction where it was sold for $101,325. Obviously that is a lot of money, but it seems to be considerably lower than what many were expecting it to fetch. It was initially estimated to sell anywhere between $190,000 to $320,000, and even after fees were added to the final price, it still falls short of the minimum mark.

We suppose this is great for he collector but maybe not so much for the seller, especially when you consider the fact that it is in full working condition and is said to be one of the only eight working Apple-1 computers left in existence. By comparison, back in 2014 we reported that a working Apple-1 computer actually sold for over $900,000, so it seems that for some reason this particular auction did not quite achieve those prices.

This particular model was sold complete with the original documentation, such as it manual, and also a collection of notes of telephone calls made between Apple’s co-founders Steve Jobs and Steve Wozniak back in 1997. 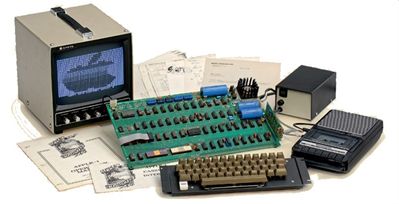