Toyota has been developing humanoid robots for some time now, of which the T-HR3 is the most recent. This robot was announced at the end of 2017 and, like its predecessors, is very similar to humans. The robot is equipped with a head, two legs and two hands with a total of ten fingers.

The T-HR3 is designed as a partner robot that can support people in a variety of conditions. The robot can be used on construction sites, in disaster areas or in space to perform dangerous tasks. With the most recent developments in the field of networks (5G) the applicability is approaching.

To get started with the T-HR3, the driver steps into a kind of high-tech seat and is provided with the hand, arm and leg equipment to control the limbs of the robot. A headset allows live viewing with a camera attached to the robot. The humanoid robot feeds back touches to the user via a force feedback system. Thanks to this system, the user can feel, for example via ‘feeling signals’, that the T-HR3 is touching a certain object with his hand. These signals help the user to control the robot.

The connection between the robot and the driver is crucial. Movements can be weak or slowed down if this connection is not optimal. Toyota therefore used to use a wired connection, which provides minimal latency. However, this cabling limits the robot’s ability to be used, partly because the distance between the user and the robot is limited. This time, a test was therefore conducted with NTT DOCOMO’s 5G technology to increase the usability. During the test, the party succeeded in wirelessly controlling the T-HR3 over a distance of 10 km. 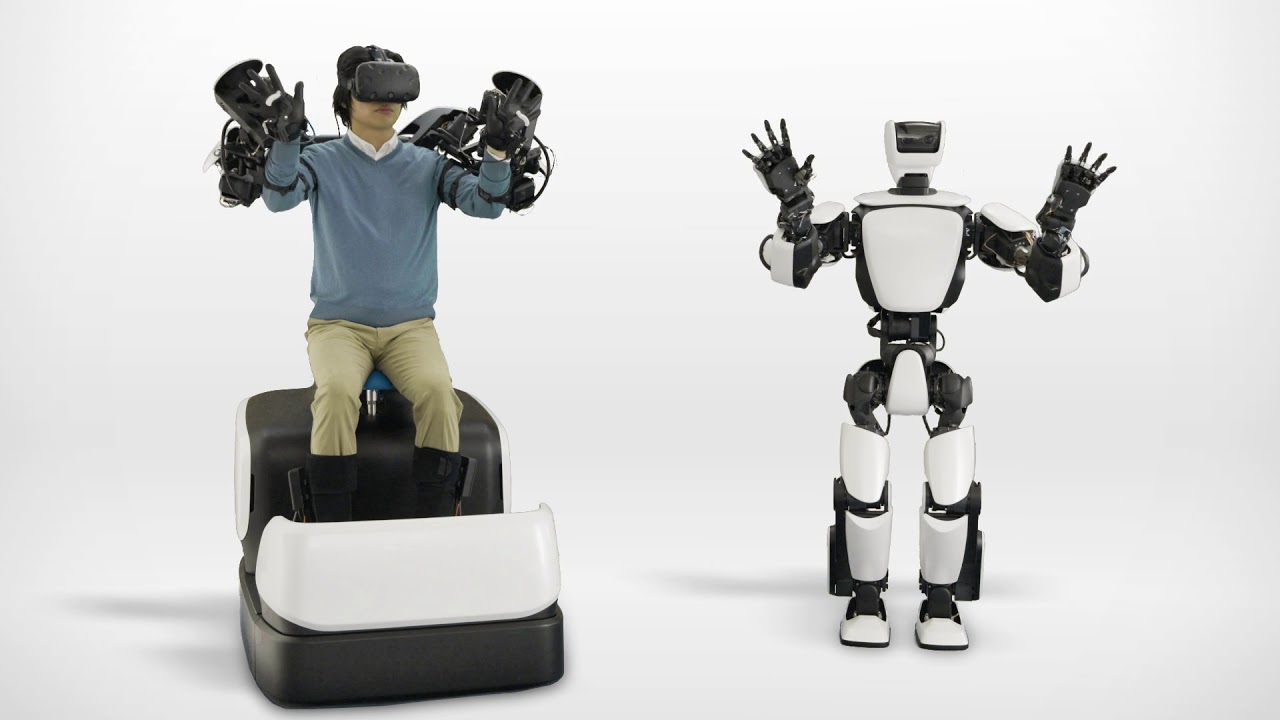