Volvo and Microsoft have come together to bring an entirely new feature for their mutual customers.

We’re talking about the Volvo On Call technology that works with the Microsoft Band 2. It’s an app integrated both with smartphones and certain Volvo models that allow users to speak to their cars from a distance. The speaking part is done through the Microsoft-designed bracelet and the car understands commands and can follow certain instructions. 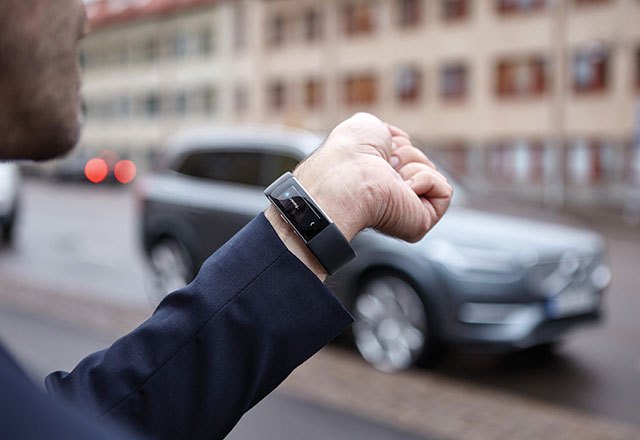 For example, a user can ask the car to set up the navigation, start the heater, lock the doors, flash the lights, honk the horn and start the engine. Everything works through the Volvo On Demand app and the system is secured from outside intrusions.

Unlike other concepts and technologies showcased at CES 2016, Volvo’s system will be available for customers in certain markets starting this spring. That’s right. If you live in a country where Volvo has enabled its Volvo On Call service and you own a compatible car, like the new S90 or the XC90, you too could speak to your car just like David Hasselhoff did over 30 years ago.

The difference is that the answers actually come from a car and it never talks back to you. The only drawback we can think of is looking silly while speaking to your wrist. But hey, virtual assistants that are voice operated have been on the market for some time now, so if speaking to Siri or Cortana in public is okay, why would speaking to your car be wrong?

Volvo’s On Call service was initially launched in 2001 and was the first car-based telematics system in the world, the Swedish company notes. Other manufacturers have offered similar systems for some time, and GM’s OnStar quickly comes to mind, if we were to mention one.