As an extra treat, the company brought its leftover first-stage booster back to Cape Canaveral Air Force Station for a vertical touchdown — only the second such land landing for an orbital mission and the ultimate in recycling. Twin sonic booms rocked the moonlit night, old shuttle landing-style. 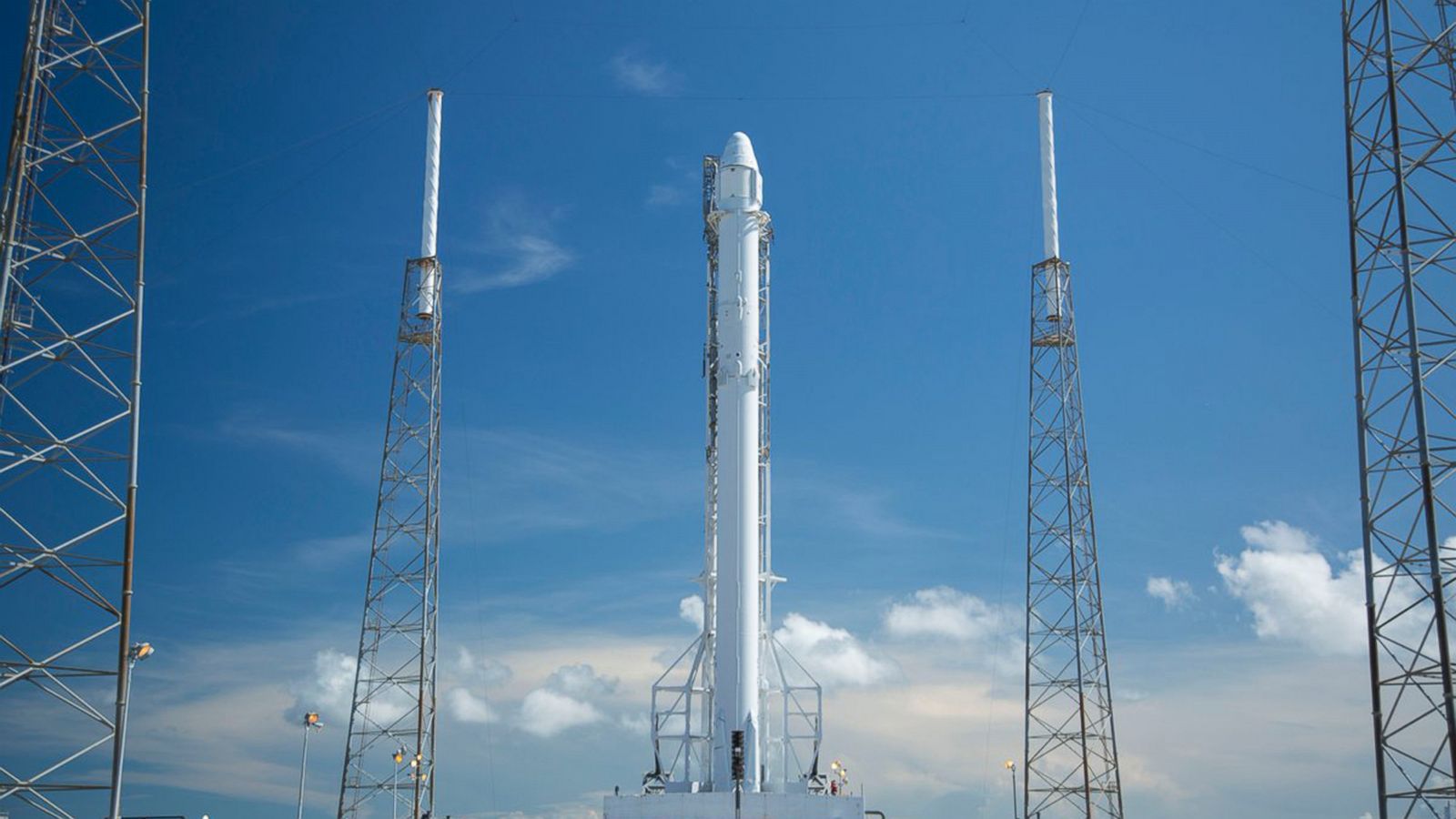 The cosmic double-header got underway as the unmanned Falcon rocket streaked upward through the middle-of-the-night darkness, carrying 5,000 pounds of food, experiments and equipment for the International Space Station. The orbiting outpost was soaring over the North Atlantic at liftoff. It was SpaceX’s second shot at delivering a new-style docking port for NASA.

NASA needs this new docking setup at the space station before Americans can fly there in crew capsules set to debut next year. SpaceX is building astronaut-worthy versions of its Dragon cargo ships, while Boeing — which makes these docking ports — is working on a crew capsule called Starliner. The pair would dock to this ring and another due to fly in a year. The Dragon and its latest shipment are due Wednesday at the 250-mile-high outpost.

NASA went with private companies to supply the space station in the wake of the shuttle retirement five years ago this week.