After a five year journey from Earth, Juno the solar-powered spacecraft squeezed through a narrow band, skimming Jupiter’s surface, avoiding the worst of both its radiation belt and its dangerous dust rings. 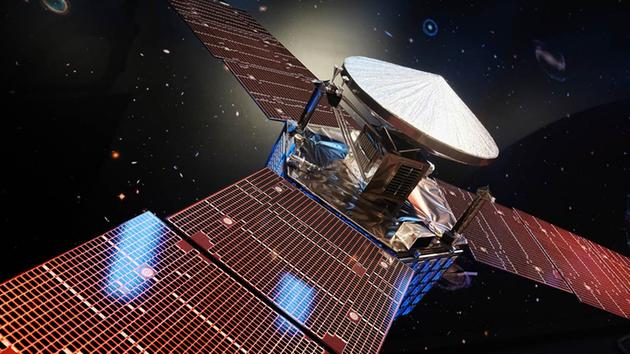 Now the spacecraft will orbit the planet once every 53 days until October 14, when it will shift to a tighter 14-day orbit. And after about 20 months of learning everything it can about Jupiter’s interior and its atmosphere, it will eventually succumb to the harsh environment and plunge into the planet’s crushing center.

But right now all that is ahead of us. We watch wide-eyed, eager to learn about the giant planet, and in doing so, learn more about how we all got here. 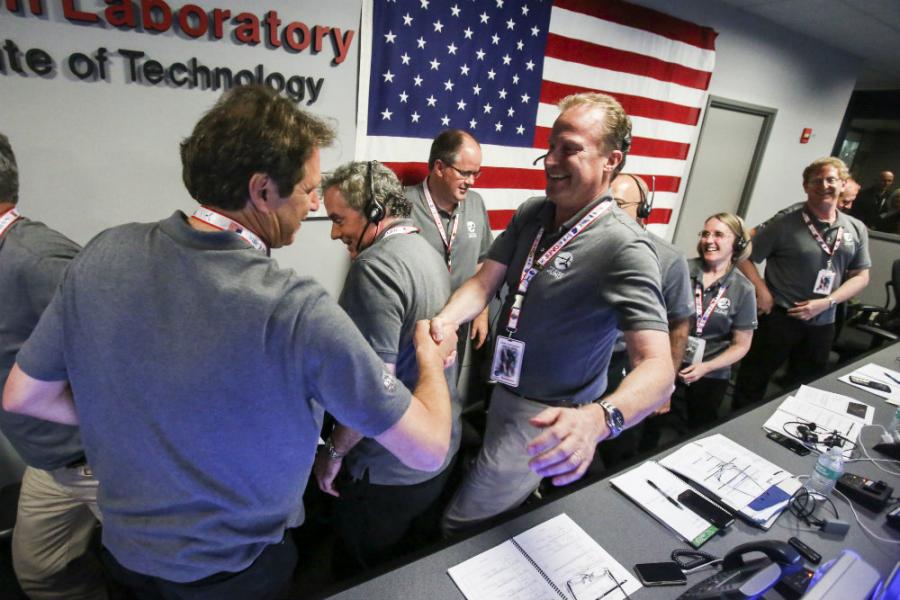 Scott Bolton celebrates with his team

Scott Bolton, principle investigator of the Juno mission told his colleagues: “You’re the best team ever! We just did the hardest thing NASA has ever done.”

The Juno mission will cost Nasa $1.1billion. After an epic five year journey, where it slung-shot around the Earth to gather speed and travelled for 2.8bn kilometers, it will now circle Jupiter for 20 months, before plunging to a crushing death in Jupiter’s harsh and dense atmosphere. 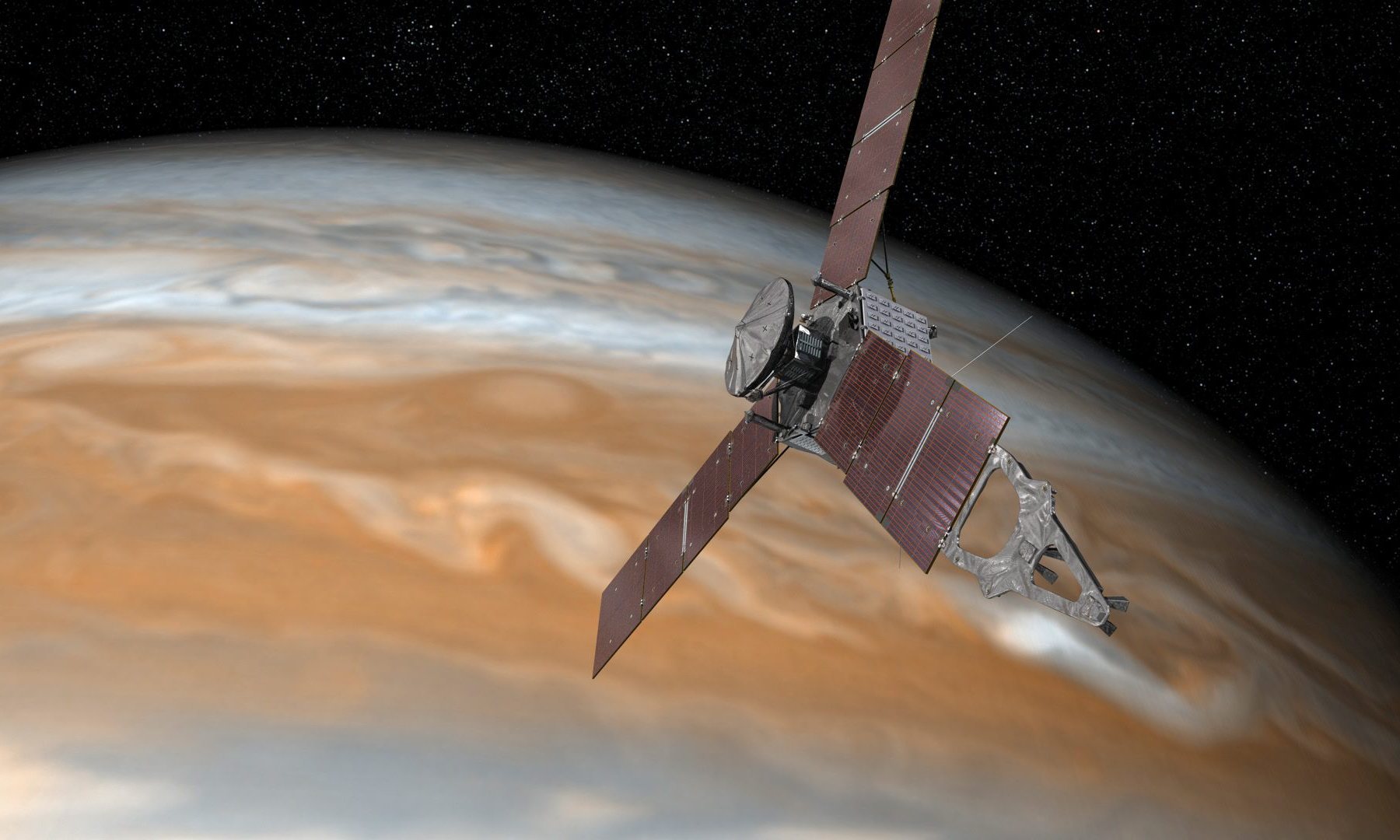 It will map Jupiter’s gravity and magnetic fields and track how much water is in the atmosphere. Its colour camera dubbed JunoCam will snap close-ups of Jupiter’s swirling clouds, polar regions and shimmering southern and northern lights.

Despite Juno’s sensitive electronics being encased in a one-inch thick solid titanium box to shield it from the intense radiation around Jupiter, eventually it will succumb to the harsh environment. At that time – currently estimated to be in about 20 months – it will be commanded to dive into the atmosphere.

You can find more information on Juno’s Jupiter mission and live streaming at this link.