China has finished the installation of the largest radio telescope in the world. 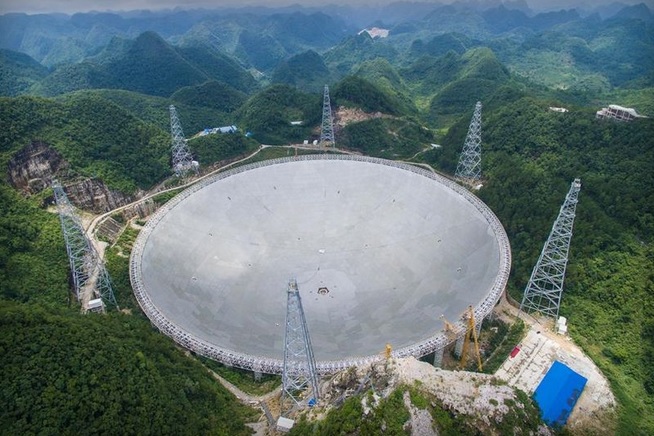 As one of the world leading economies, China is constantly developing in all areas. Aperture Spherical Telescope (FAST) construction started during March 2011., and after 5 years it is completed. The last of the telescope’s 4,450 triangular panels was fitted into the dish last weekend, ahead of the telescope’s planned launch in September. The Five Hundred Meter Aperture Spherical Telescope (FAST) is the size of 30 soccer fields, and has taken $180 million to build. 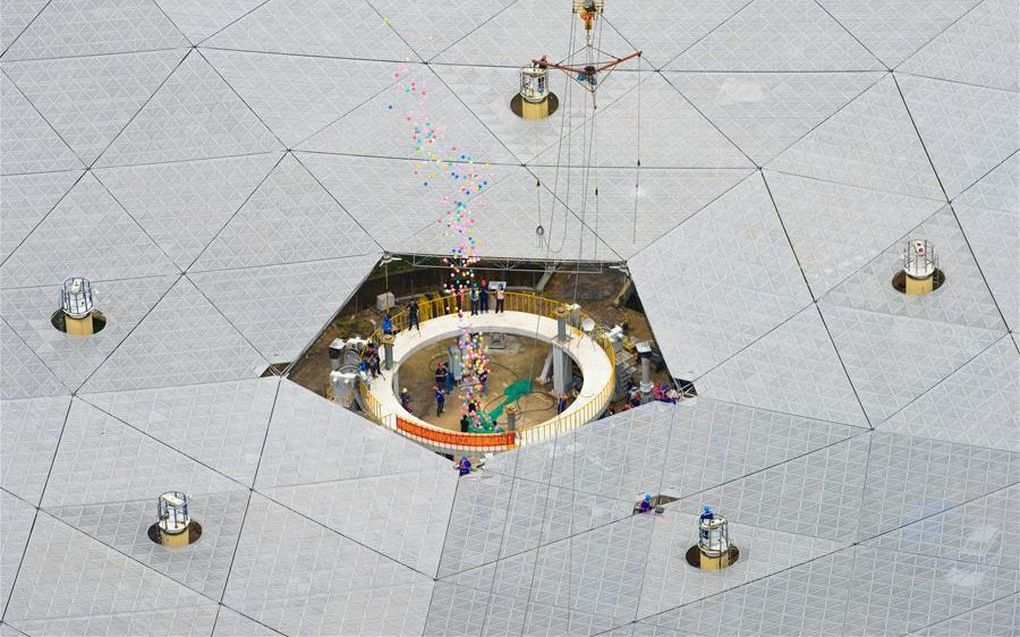 The telescope will, of course, be put to more serious uses: searching for extraterrestrial life and exotica of the Universe such as pulsars, quasars, and gravitational waves. “The project has the potential to search for more strange objects to better understand the origin of the universe and boost the global hunt for extraterrestrial life,” said Zheng Xiaonian, deputy head of the National Astronomical Observation of the Chinese Academy of Sciences — the organization that built the telescope.

FAST is nearly twice as big as the next largest radio telescope — the 300-meter-wide Arecibo Observatory in Puerto Rico. One of the scientists involved in building FAST said that if it the telescope’s dish was filled with wine, there would be enough to give five bottles of the stuff to each of the Earth’s 7 billion inhabitants. 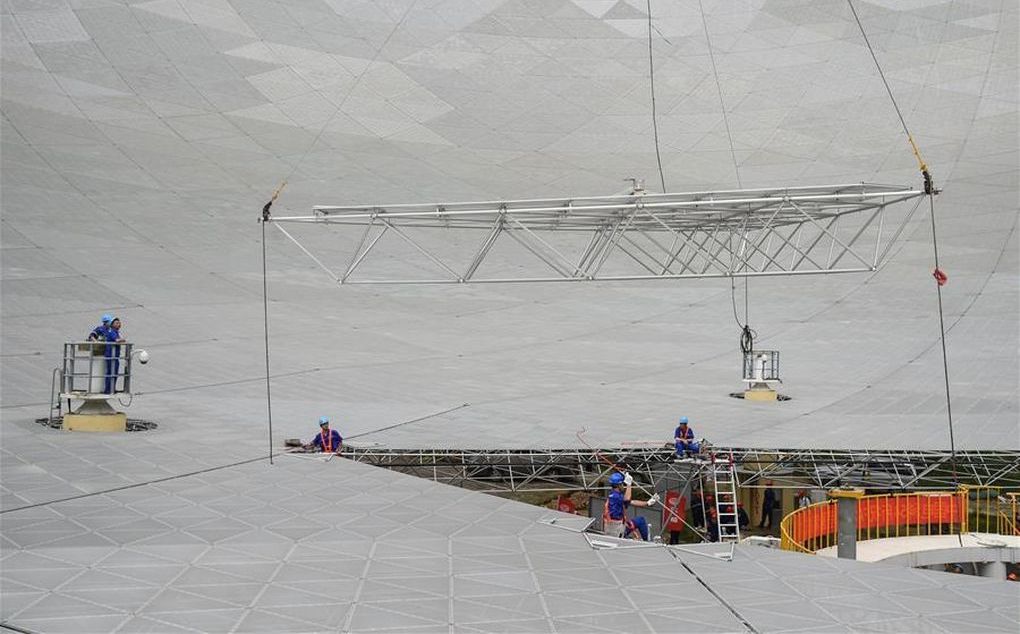 More than 9,000 residents living within a 5 kilometer distance of FAST were relocated during the telescope’s construction. Each received 12,000 yuan ($1,800) in compensation from the Chinese government, according to state media, with additional funds given to individuals from ethnic minorities.