Volkswagen and its powerful labor unions agreed to cut 30,000 jobs at the core VW brand in exchange for avoiding forced redundancies in Germany until 2025, a compromise which leaves the carmaker’s profitability still lagging rivals.

The turnaround plan announced on Friday will lead to 3.7 billion euros ($3.9 billion) in annual efficiency gains and lift the VW brand’s operating margin to 4 percent by 2020, from an expected 2 percent this year.

That target still remains below rival European car makers such as Renault and Peugeot Citroen, which are targeting an operating margin of 6 percent in 2021. 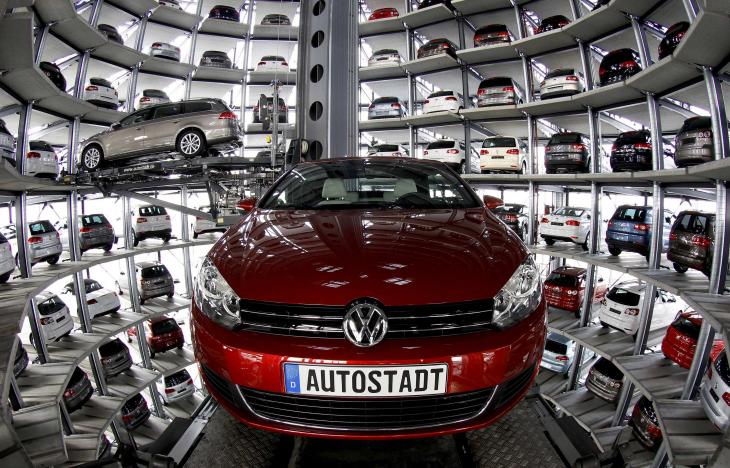 New Volkswagen models Golf Cabriolet and Passat are stored at the ‘CarTowers’ in the theme park ‘Autostadt’ next to the Volkswagen plant in Wolfsburg March 9, 2011. REUTERS/Christian Charisius/File Photo

Volkswagen, Europe’s largest automaker is trying to increase savings at its biggest business in its home base of Germany, where its costs are high.

It must also find billions of euros to pay fines and settlements stemming from its diesel emissions cheating scandal as well as fund a strategic shift toward electric and self-drive cars.

Volkswagen’s labor leaders said management had agreed to avoid forced redundancies in Germany until 2025 a step which clears the path to cutting 23,000 jobs via buyouts, early retirements and by reducing part-time staff.

Jobs will also be cut in North America, Brazil and Argentina, VW said, without being more specific. Around 114,000 employees work for VW brand in Germany.

Labor leaders agreed to the cuts in exchange for a management pledge to create new 9,000 new jobs in the area of electric cars, mainly at factories in Germany.