China will abolish visas with Serbia in 2017 at the latest, Chinese Ambassador to Serbia Li Manchang announced Friday, adding that the Bank of China would come to Belgrade. 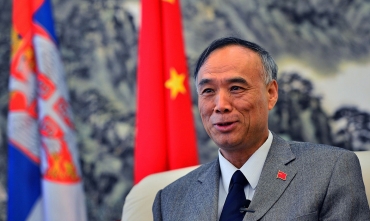 China issues 7,000 visas to Serbian citizens annually, he said. Serbia was the first country in Europe with which China established a comprehensive strategic partnership – that is why, following our president Xi Jinping’s visit in June, Chinese delegations are flocking to Serbia, Li told the national TV station network RTS.

All this has led to more Chinese coming to Serbia and to more Serbs, who are our friends, going to China – the time has come to see how we can make it easier for people, businesspeople and companies to visit either country, he said.

Li said he expected an official agreement to be signed in November, after which a visa-free regime would also take effect.