Apple Campus 2 is almost finished, and company plans is to move in next year.

Matthew Roberts is a big enthusiast who is tracking the progress Apple has made to its “spaceship” campus that it plans to move into next year. Roberts, who posts drone flyovers each month, kicked things off this time around with a look at the progress being made to the roof, which is still not completed but well on its way. 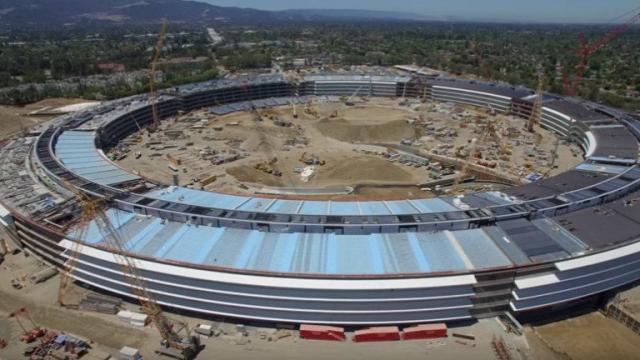 Roberts then turns his attention to the “passive cooling and heating systems” built into Apple Campus 2, followed by the parking garages that are expected to hold 11,000 vehicles. He estimates that the solar panels, which will power Apple’s new campus in Cupertino, are now 75% installed.

When completed, the campus, which was the brainchild of late co-founder Steve Jobs, will feature 2.8 million square feet of office space and house 12,000 employees. It’ll have 700,000 square feet of solar panels and 7,000 trees. The campus will event feature underground tunnels, parking, restaurants, and much more.

The campus has been called a “spaceship” by those who have remarked at its circular design and heavy usage of glass.

While Apple is notoriously secretive and often likes to keep updates on its technologies close to the vest, the company has been noticeably willing with third-party drone operators to allow them to check out its campus progress. 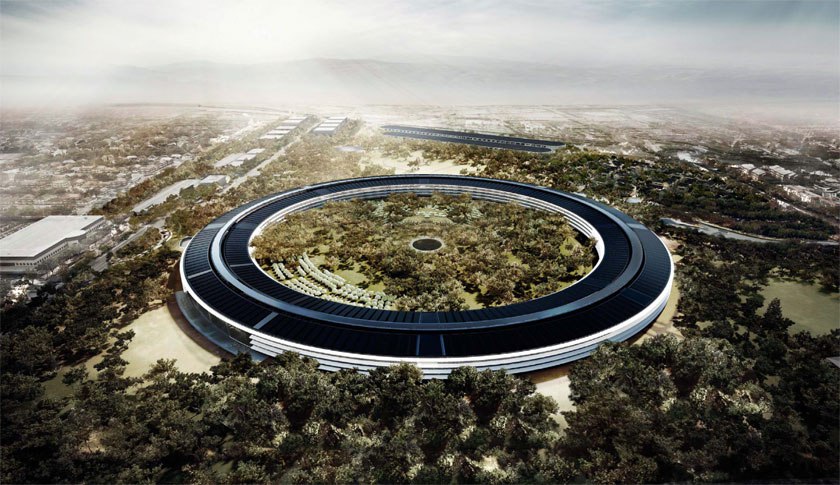 In sum, though, Apple’s construction team has a long way to go before employees can move in. The main building is seemingly far away from completion, and it’s clear that some of the exterior facilities may not be ready in time for Apple’s expected January move-in date.