An agreement to build a new plant of German auto parts manufacturer Leoni was signed in Nis, a town in southern Serbia, on Tuesday.

The ceremony was attended by Serbian Prime Minister Aleksandar Vucic.

The EUR 22 million deal, which will create 2,200 jobs, was signed by Minister of Economy Goran Knezevic and Leoni Director Clemens Sachs. 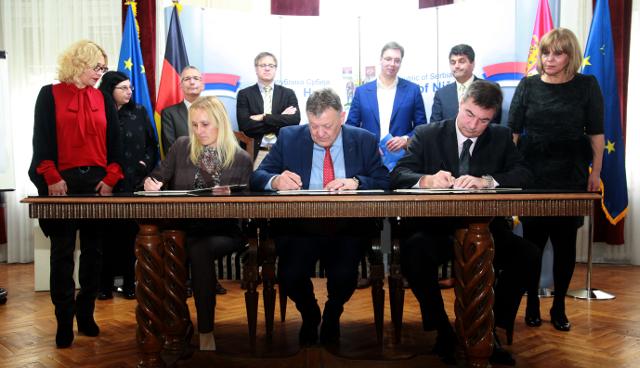 The signing was also attended by German Ambassador Axel Dittmann and the Mayor of Nis Darko Bulatovic.

The cornerstone for the Nis plant is expected to be laid in December and the first stage of production should start in August 2017.

The plant will manufacture cable systems for BMW.