According to IHS Markit, Samsung once again took 1st place in the third-quarter smartphone screen market in the third quarter, with the company taking advantage of record demand for AMOLEDs.

Samsung rose from 21.3% in Q2 to 29% in Q3, according to IHS. This was enough to launch Samsung’s past BOE Display to take the lead on the market for the first time since the fourth quarter of 2018.

“As more and more smartphone brands are embracing AMOLEDs for their premium and even mid-range models, the market is expected to continue to grow,” said Hsieh, “this opens the door for upcoming Chinese AMOLED suppliers like BOE , Visionox, ChinaStar, Tianma and EverDislpay to make a profit in the market. ”

However, these companies may have difficulty coping with critical manufacturing technologies that support form factors that are challenging to produce, including a 3.5D edge-curved cover, touch-thin-film capsule, chip on polyimide (COP) drive IC binding, contrast OLED modules and brightness adjustment and compensation. 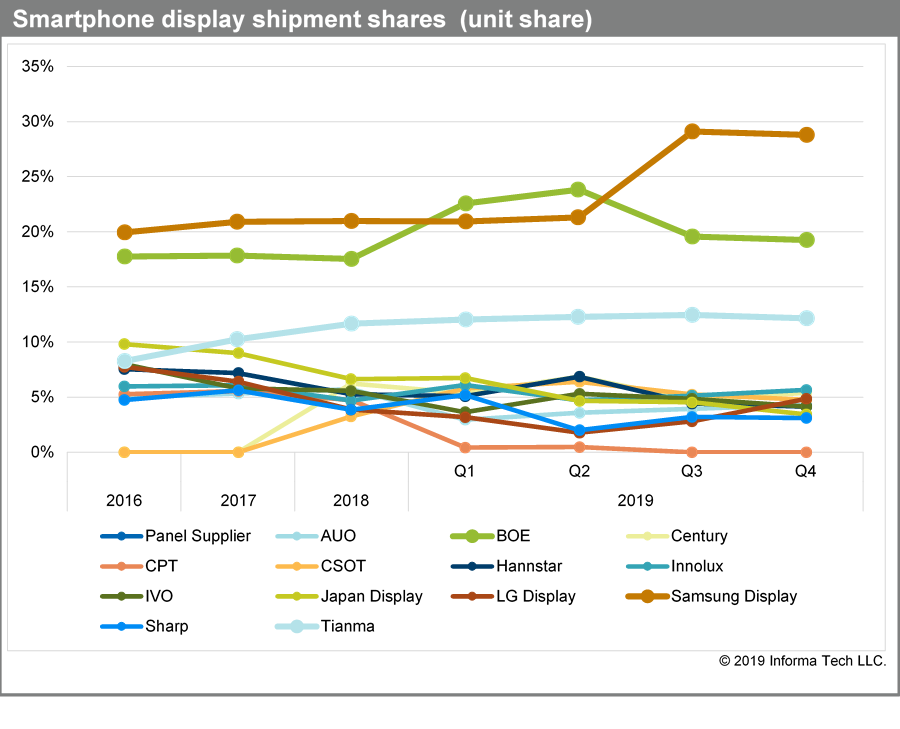