A trio of space travelers from the U.S., Russia and France launched into space Thursday (Nov.17), to kick off a six-month mission to the International Space Station.

Tightly packed in a Soyuz MS-03 space capsule atop a Soyuz FG rocket, the team lifted off from the Baikonur Cosmodrome in Kazakhstan at 3:20 p.m. EST (2020 GMT). About 9 minutes after liftoff, the Soyuz capsule arrived in low-Earth orbit. For the next two days, the space travelers will be chasing after the space station.

On Saturday (Nov. 19), the Soyuz spacecraft will catch up to the station and begin to approach for docking. Docking is scheduled for 5:01 p.m. EST 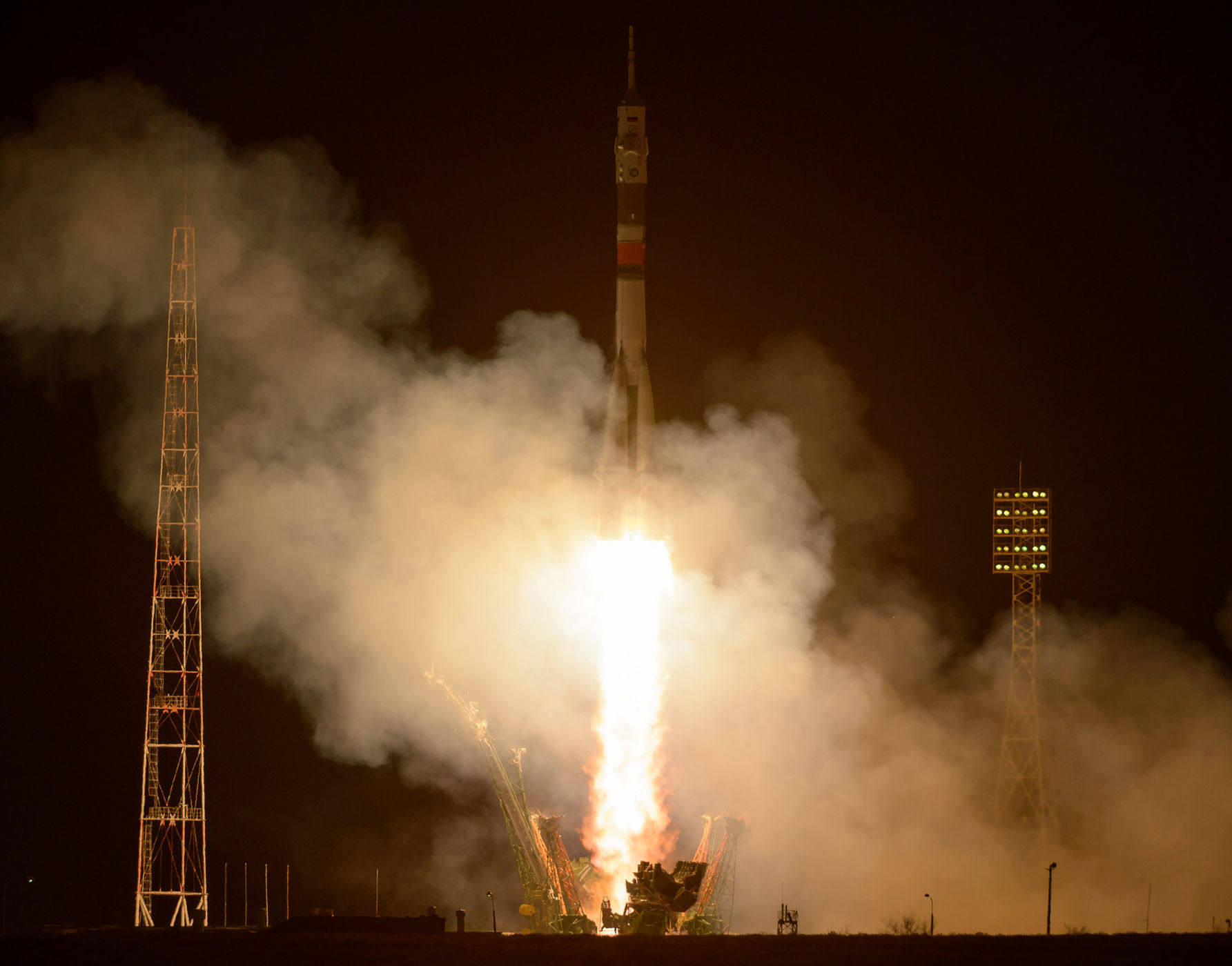 When they enter the space station, the crew will be greeted by three Expedition 49/50 crewmembers who arrived in October: NASA astronaut and ISS commander Shane Kimbrough and Roscosmos cosmonauts Sergey Ryzhikov and Andrey Borisenko. In February, those astronauts will head back to Earth, and Whitson will become the first woman to command the space station twice. In 2007, she became the first-ever female commander of the ISS during Expedition 16.

Whitson said she’s looking forward to a technology demonstration of the Neutron Star Interior Composition Explorer (NICER), which aims to “develop a space navigation system looking at neutron stars all around us in the galaxy.” The idea is to create a GPS system just like the kind we use on Earth, but on a much bigger scale, Whitson explained.

Another experiment will investigate the impact of a new type of LED lighting on the crew’s sleep and cognitive performance. These experiments could also be useful for a human journey to Mars, she said.

Even with the hundreds of complex science experiments on tap, Whitson joked that her biggest challenge will be to conquer the Russian language to better communicate with her cosmonaut crewmate.