Nine years ago, the Air Mule was an almost-believable concept: a flying robot taxi that could get people out of dangerous battlefields without endangering a pilot or crew.

It was the exact sort of gizmo – an amazing machine of the future, almost like a flying car, that seemed plausible but just out of reach. 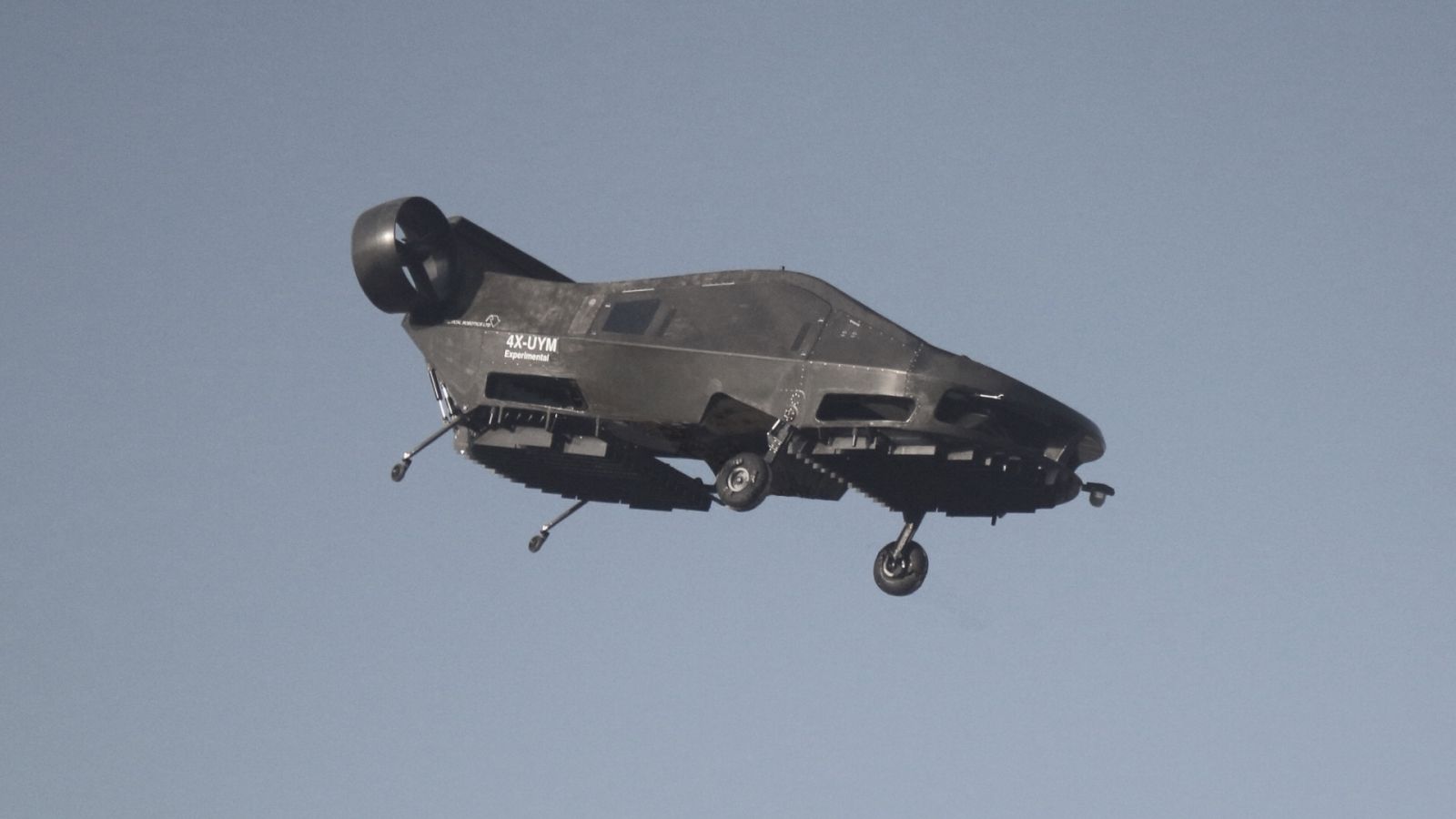 Not anymore. In January of this year, the Air Mule took its first flight: a short, wobbly hop from the side of a parking lot to a space a modest distance away.

On Tuesday, Air Mule makers Urban Aeronautics announced two major feats for the Air Mule program. The first is a new name: Cormorant, after the family of coastal birds. The second is a full, autonomous flight on a preplanned route. The complete flight, which lasted roughly two minutes, was not without errors.

According to Urban Aeronautics, the vehicle’s Flight Control System made the decision to land too early. Decisions by the flight controls are checked by the craft’s flight management system, like a pilot overseen by a captain. These decisions are all informed by an array of sensors, including “two laser altimeters, a radar altimeter, inertial sensors, and an electro-optic payload camera.”

Lots of other unmanned aircraft use some combination of these sensors, but few have the unique design of the Cormorant, which puts the rotors inside the craft.

That compact, unique design is tricky to get right. But if Urban Aeronautics can figure it out, the result will be a robot that can fly inside cities, weaving between buildings and hovering above any dangers on the ground below.