Nissan’s latest invention that uses self-driving technology is a robotic chair designed to queue for restaurants on behalf of waiting customers.

The chair has been launched in Japan as a way to help restaurant customers beat queues. Called the ProPilot chair, it can detect the seat in front and follow it to the beginning of the line. 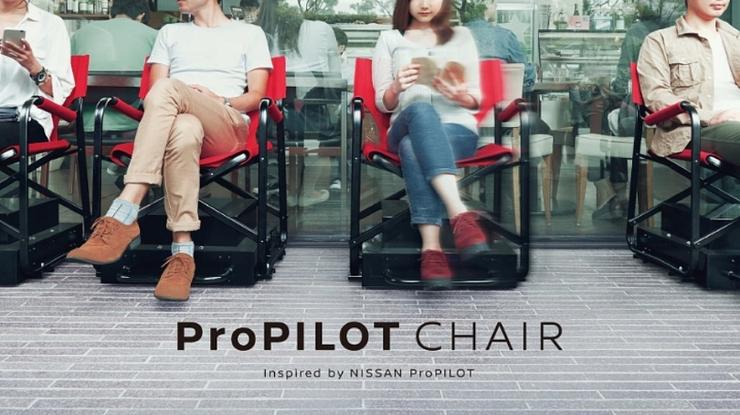 It uses the same technology in the Nissan Serena minivan, a semi-autonomous vehicle, that helps the car stay in the middle of a lane and maintain a safe distance from the vehicle in front. Nissan described these two functions as the “most tiring and repetitive aspects of driving in heavy highway traffic”.

“The ProPilot chair appeals to anyone who has ever spent hours standing in line,” said Nissan. It “automatically queues on behalf of the occupant, sparing them the hassle of standing in line.”

The autonomous chair can sense objects in front of it and follow them. This means it could also be used in locations such as museums where those seated travel along a set path.

Restaurants in Japan that would like a fleet of the chairs for their customers will have to apply to Nissan before December 27. After choosing the restaurants that it thinks are suitable, Nissan will help equip them with the autonomous chairs in 2017.

The company hasn’t yet announced plans to launch the chairs elsewhere, so for now London restaurant-goers will have to put up with standing in hour-long queues.

Self-driving technology has also been applied to robots for food delivery. Starship Technologies’ slow-moving pavement droids are automated so that they can transport goods without a human driver. The company launched a trial of the delivery robots with Just Eat in London earlier this summer.