After an extensive review process and passing a major development milestone, NASA is ready to proceed with final design and construction of its next Mars rover, currently targeted to launch in the summer of 2020 and arrive on the Red Planet in February 2021.

The Mars 2020 rover will investigate a region of Mars where the ancient environment may have been favorable for microbial life, probing the Martian rocks for evidence of past life. Throughout its investigation, it will collect samples of soil and rock and cache them on the surface for potential return to Earth by a future mission. 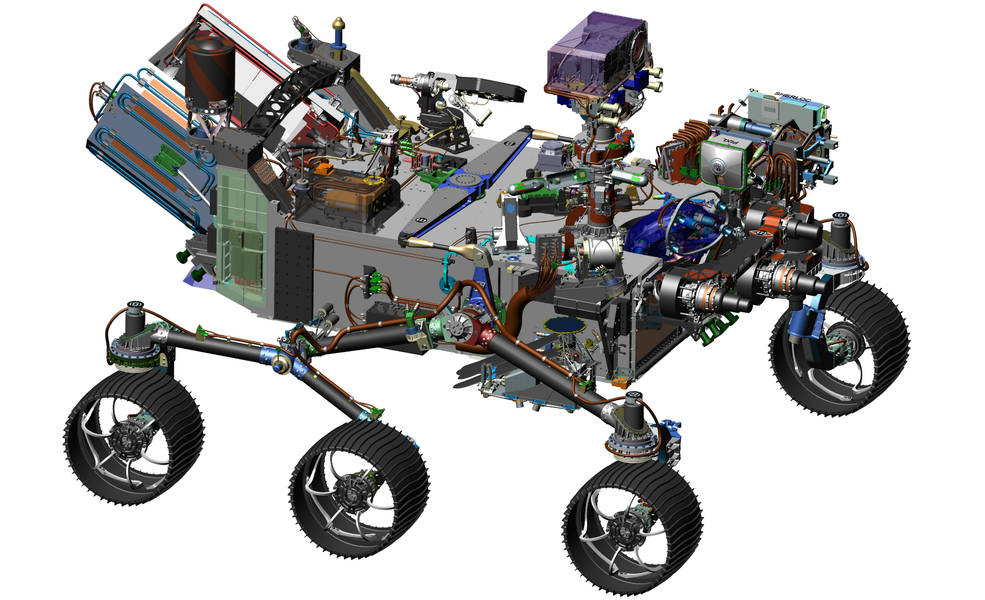 “The Mars 2020 rover is the first step in a potential multi-mission campaign to return carefully selected and sealed samples of Martian rocks and soil to Earth,” said Geoffrey Yoder, acting associate administrator of NASA’s Science Mission Directorate in Washington. “This mission marks a significant milestone in NASA’s Journey to Mars – to determine whether life has ever existed on Mars, and to advance our goal of sending humans to the Red Planet.”

To reduce risk and provide cost savings, the 2020 rover will look much like its six-wheeled, one-ton predecessor, Curiosity, but with an array of new science instruments and enhancements to explore Mars as never before. For example, the rover will conduct the first investigation into the usability and availability of Martian resources, including oxygen, in preparation for human missions.

Mars 2020 will carry an entirely new subsystem to collect and prepare Martian rocks and soil samples that includes a coring drill on its arm and a rack of sample tubes. About 30 of these sample tubes will be deposited at select locations for return on a potential future sample-retrieval mission. In laboratories on Earth, specimens from Mars could be analyzed for evidence of past life on Mars and possible health hazards for future human missions. 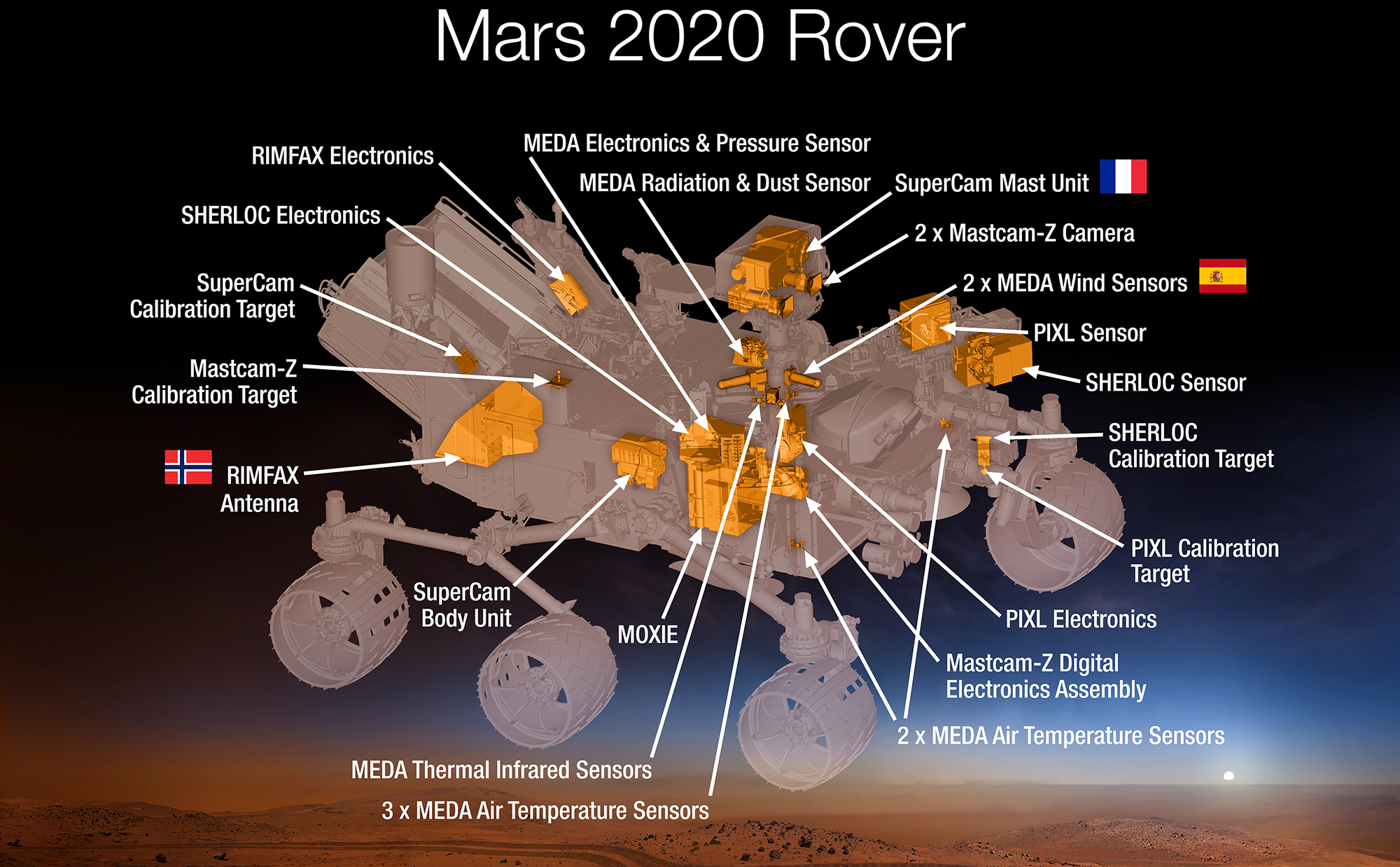 Two science instruments mounted on the rover’s robotic arm will be used to search for signs of past life and determine where to collect samples by analyzing the chemical, mineral, physical and organic characteristics of Martian rocks. On the rover’s mast, two science instruments will provide high-resolution imaging and three types of spectroscopy for characterizing rocks and soil from a distance, also helping to determine which rock targets to explore up close.

There will be a suite of cameras and a microphone that will capture the never-before-seen or heard imagery and sounds of the entry, descent and landing sequence. Information from the descent cameras and microphone will provide valuable data to assist in planning future Mars landings, and make for thrilling video.

Microphones have flown on previous missions to Mars, including NASA’s Phoenix Mars Lander in 2008, but never have actually been used on the surface of the Red Planet.