The recent CEO shuffle at Ford suggests it’s getting serious about self-driving cars: On Monday, it promoted its head of “Smart Mobility,” Jim Hackett, to the CEO role.

But statistics show that Ford — and every other car maker — is way behind Waymo, the self-driving car unit of Google parent Alphabet, when it comes to testing autonomous cars on real roads.

In the year that ended on Nov. 30, 60 Waymo cars drove more than 635,000 miles in autonomous mode on public roads in California.

Ford’s cars — a pair of Fusion hybrid sedans — went just 590 miles, according to documents on file with the California Department of Motor Vehicles.

But what’s even more significant is how much farther Waymo cars can go before a human driver has to take over. For Waymo, one of these so-called disengagements happened, on average, every 5,127 miles. The Ford cars went 196 miles before a disengagement. Ford might have better numbers to show as it drives more miles, but for now the Waymo cars do appear to be more stable.

These statistics are admittedly six months out of date — the companies haven’t reported since then — and Ford is also testing self-driving cars in Michigan. But the fact that Waymo has driven more than 1,000 times as many self-driving miles in California is an indication of how long Alphabet (and previously Google) have been seriously tackling the problem.

The other car makers are similarly behind. Here’s a snapshot of the data from the documents: 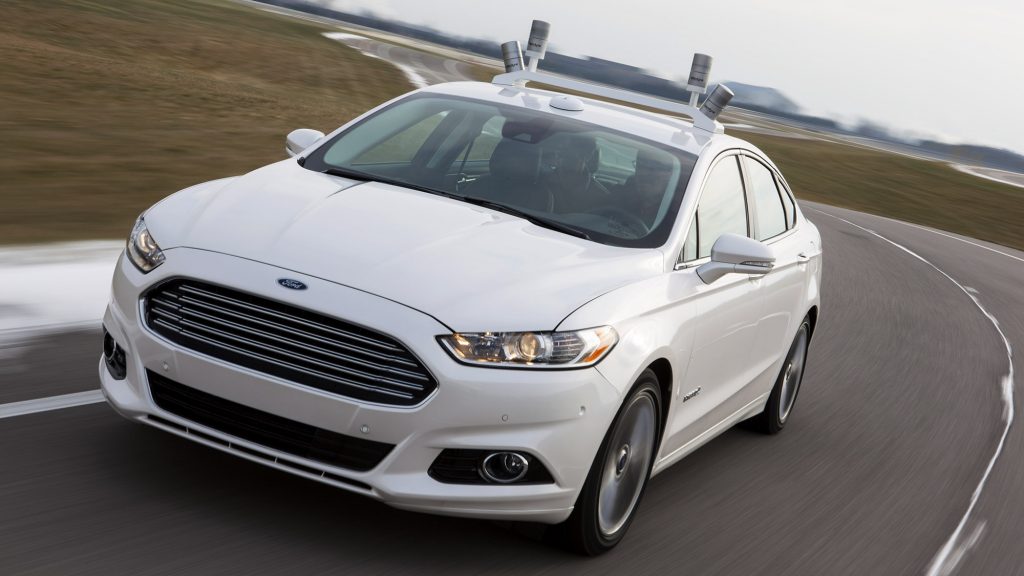 Small wonder financial analysts are excited about the Alphabet opportunity. On Tuesday Morgan Stanley issued a note suggesting that Waymo could be worth more than $70 billion by 2030. The number of miles driven represents a key factor in the analysts’ calculation of that figure.

Last week alternative cab service Lyft — which has its own self-driving car fleet — said it would work with Waymo on autonomous driving. That deal will surely benefit Waymo. As a spokesperson told the New York Times, it will “help Waymo’s self-driving technology reach more people, in more places.”

Given that Ford is so far back in Waymo’s rear-view mirror, Ford might well move to sign similar deals with partners in an effort to gain more autonomous driving experience. It could also push many more cars onto public roads.

The company has given itself some time to improve. Last year Ford said it aimed to have an autonomous vehicle available for ride sharing by 2021.