Samsung Electronics spent a record-breaking $11 billion or 12.9 trillion won on marketing activities in 2012, despite a deepening patent dispute with Apple, according to documents obtained by The Korea Times, Tuesday.

The amount accounts for 6.5 percent of the firms 200 trillion won revenue last year and was up 38 percent from the previous year. It was 6.8 times the 1.9 trillion won it spent in 2005.

The documents also show that the electronics giant spent 1.15 trillion won on research and development in 2012, taking up 5.7 percent of its total sales. The figure was up 15.5 percent from a year earlier and 3.1 times what it spent seven years ago.

The numbers suggest Samsung is placing a greater emphasis on marketing in a bid to increase its slice of the smartphone market and improve its brand image.

“Samsung’s focus on marketing was the main reason the company was so successful last year,” said a source inside Samsung, asking not to be identified.

“With its strategic Galaxy S3 and Galaxy Note smartphones selling tens of millions, the company doesn’t care too much about allocating a gigantic marketing budget,” said the official.

The company began increasing the ratio of its marketing expenses to sales to 6 percent in 2008 when the firm overcame the U.S.-led financial crisis and emerged as a global player competing with Apple. 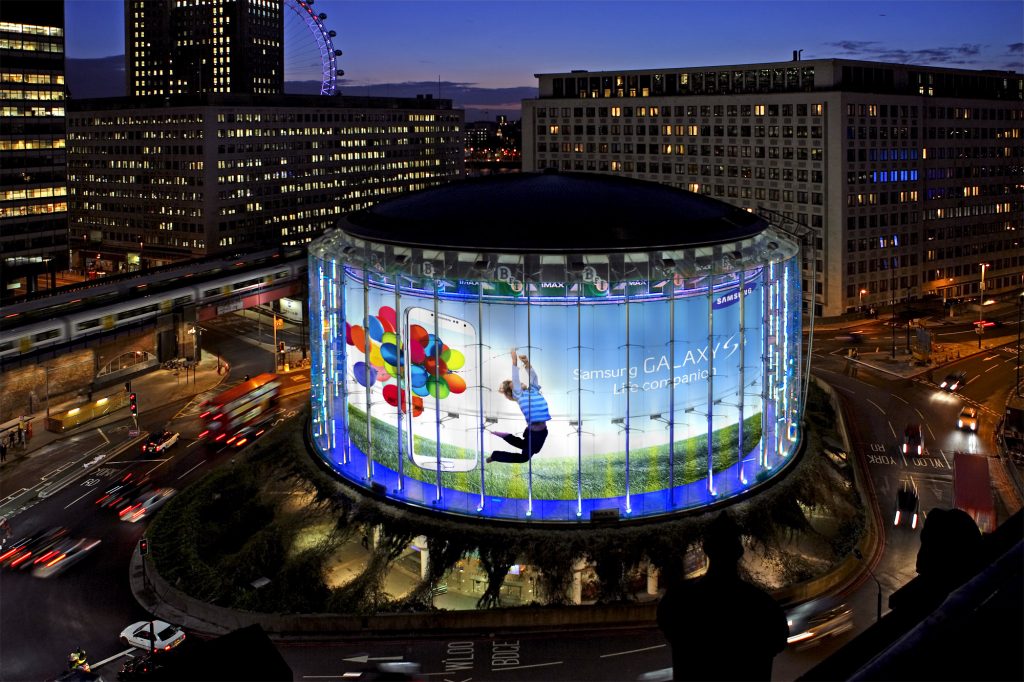 Before that, the ratio was between 3.3 percent and 4.1 percent. Marketing expenses include advertisements, sales promotions, public relations and sponsorships for international events.

“Samsung was just a 1.5-tier consumer electronics firm before 2008. But the company rose as the world’s top TV seller after defeating Japan’s Sony in 2007. From that time, it expanded its marketing expenses,” said the official in a brief meeting with The Korea Times last week.

Samsung is expected to increase its promotional spending again this year to solidify its leadership in the electronics and smartphone markets, and further improve its brand image

“Samsung has spent big on advertising on its way to capturing market share,” said one industry source.

It was the first time Samsung cracked the top 10 list and just another milestone the company looks to exceed as it continues to work on its marketing plans.