The latest addition to Japan’s national volleyball team isn’t the most versatile player around, but it does provide an extremely safe pair of hands. Several pairs, in fact. That’s because, as reported by New Scientist, the Japanese Volleyball Association is now using a robot volleyball player to help out during training drills.

The robot consists of three pairs of hands fixed to mobile torsos, which whizz back and forth on a fixed track behind the net. The bot simulates players on an opposing team blocking shots, and the movement and placement of each bot can be configured by the team’s coach using software. This lets players practice their spikes — forceful shots hit at a downward angle to score points — against a variety of different defensive formations. 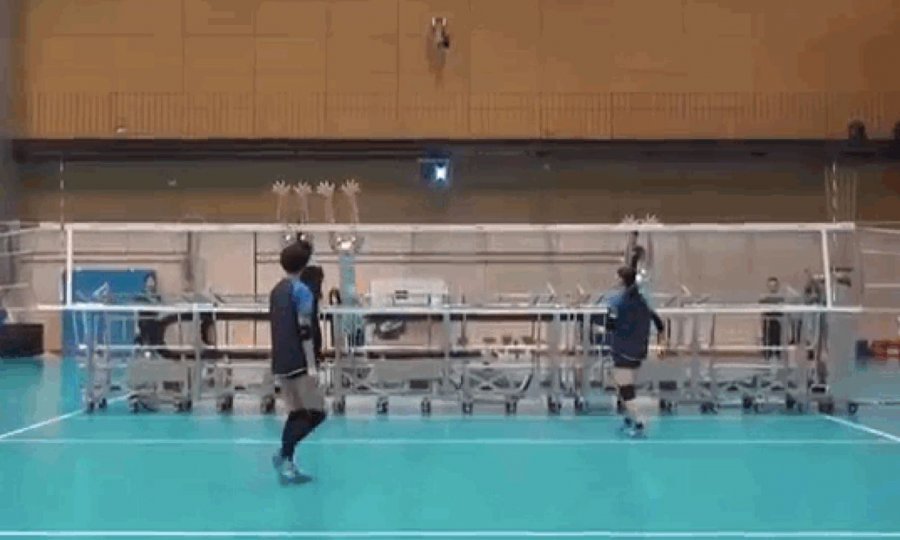 The “block machine” has been used in a number of training sessions with Japan’s national women’s volleyball team, says New Scientist, and is capable of moving across the court at speeds of up to 3.7 meters per second — faster than a human player. However, it can only move into pre-set positions and doesn’t react to the movements of human players. Its creators are planning on adding motion sensors to the bot so it can better test (and train) its opponents.