The Tesla Model 3, the company’s “affordable” mass-market electric vehicle, is finally here.
In keeping with virtually every Tesla unveiling to date, Elon Musk took to the stage a bit later than promised. Likely, his tardiness did not scare off any potential buyers; People have been in line to plunk down a deposit for the Model 3 for days. In fact, demand has been so high, Musk opened up online order forms early — and to additional countries — Thursday evening. 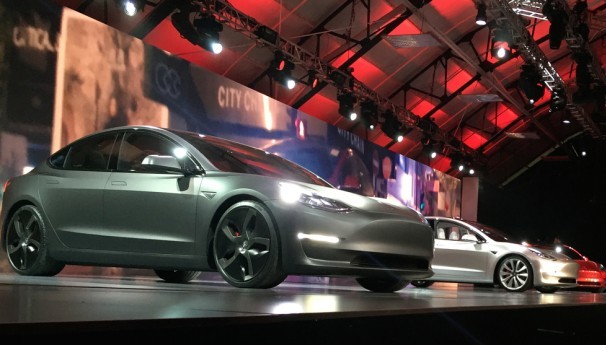 Claiming the Model 3 will have a five star rating in all categories, Musk said the Model 3 will have a range of 215 miles — 15 miles more than his original promise. He also said even the base model will be able to go from 0 to 60mph in less than 6 seconds. “At Tesla, we don’t build slow cars,” he said. Musk was quick to point out that both the acceleration and range figures were just the starting point for the Model 3. There will be faster versions, he said. 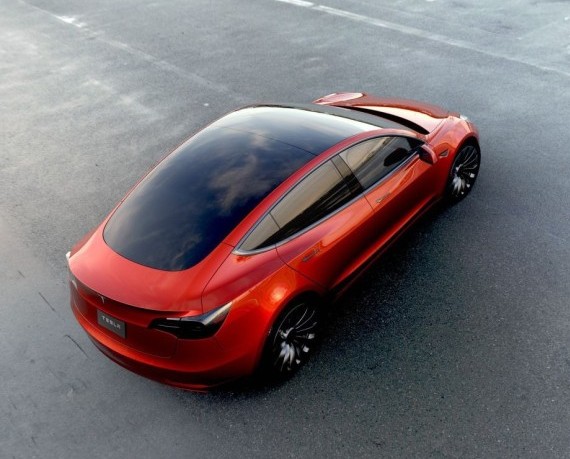 The hardware for Tesla’s Autopilot — what the company calls its cars’ semi-autonomous mode that can handle acceleration and lane changes in highway traffic — will come standard. It’ll have seating for five adults, and supercharging — the ability to charge a battery in 30 minutes enough to travel 170 miles — will be an option. 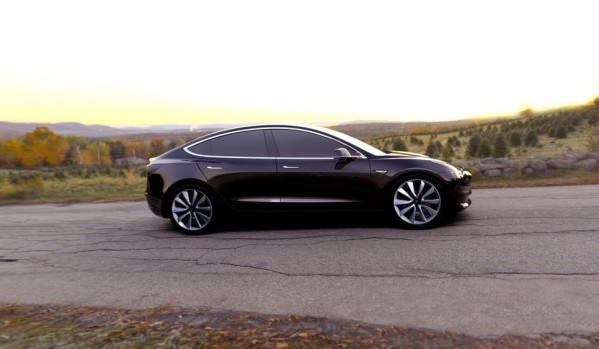 Inside, occupants will find a big 15-inch touchscreen that seems to float off the dash. Behind the small steering wheel, there’s nothing but bare dash. That’s because the 15-er does double duty as both infotainment and instrumentation.

Musk also confirmed the Model 3 would start at $35,000, a price point that had already been reported.
After unveiling the car, Musk said pre-orders had already passed 134,000 units in just 24 hours.