Yesterday, 27 July 2016 at 09:00 UTC /11:00 CEST, the Electrical Support System Processor Unit (ESS) on Rosetta will be switched off. The ESS is the interface used for communications between Rosetta and the lander, Philae, which has remained silent since 9 July 2015. 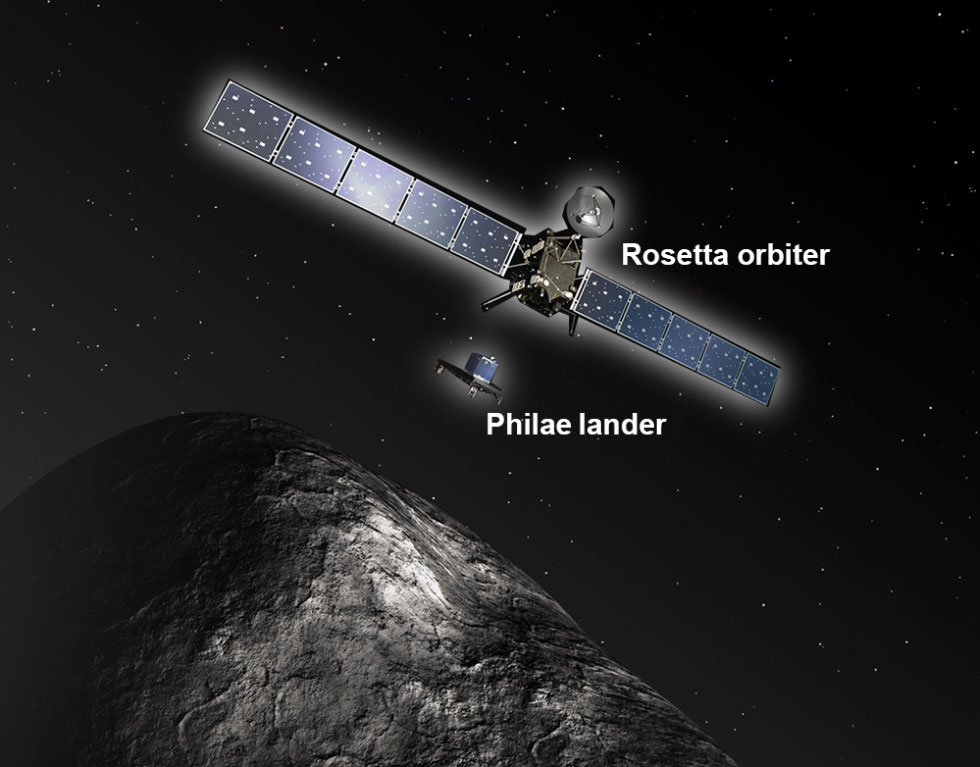 Switching off the ESS is part of the preparations for Rosetta’s end of mission. By the end of July 2016, the spacecraft will be some 520 million km from the Sun, and will start facing a significant loss of power – about 4W per day. In order to continue scientific operations over the next two months and to maximise their return, it became necessary to start reducing the power consumed by the non-essential payload components on board.

No signal has been received by Rosetta from Philae since last July and earlier this year the lander was considered to be in a state of eternal hibernation. In spite of this, the ESS was kept on until now in the unlikely chance that Philae would re-gain contact. 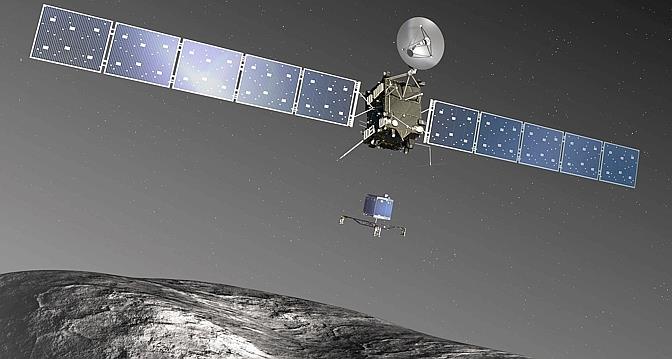 Although Rosetta has reached altitudes well below 10 km over the surface of Comet 67P/Churyumov-Gerasimenko, however, no signal from the lander was received since July 2015.

The decision was taken by the mission manager and will be implemented by the Rosetta Mission Operations Centre, in coordination with the DLR Lander Control Center and the Rosetta Science Ground Segment.