The proliferation of tighter microvia densities and signal integrity requirements in printed boards within the electronics industry has revealed reliability concerns with microvia structures in high performance products.

A number of IPC OEM member companies have approached IPC with examples of microvia failures in high-profile hardware that were not observed until after bare printed board fabrication, inspection and acceptance. The microvia failures passed through post reflow in-circuit test, “Box Level” Assembly Environmental Stress Screening (ESS), and ended up in service in customer fielded products.

Many of these failures occurred within products that had already passed traditional production lot acceptance testing in accordance with existing IPC-6010, Printed Board Qualification and Performance Specifications.

As a result of IPC-WP-023, the IPC V-TSL-MVIA Weak Interface Microvia Failures Technology Solutions Subcommittee was formed in late 2018 to begin investigating the potential causes of these failures and to provide industry resources on the topic. This group provided its first update to industry during an open forum held during IPC APEX EXPO 2019 and will continue to provide updates as it progresses. In response to this, IPC is issuing the following warning statement, which will also be included in the forthcoming IPC-6012E, Qualification and Performance Specification for Rigid Printed Boards.

“There have been many examples of post fabrication microvia failures over the last several years. Typically, these failures occur during reflow, however they are often undetectable (latent) at room temperature. The further along the assembly process that the failures manifest themselves the more expensive they become. If they remain undetected until after the product is placed into service, they become a much greater cost risk, and more importantly, may pose a safety risk.”

Looking forward, IPC is working on the concept of moving away from traditional microsection evaluations and focusing on performance-based acceptance testing, a recommendation made several years ago by the IPC D-33a Rigid Printed Board Performance Task Group responsible for the IPC-6012 specification.

These methodologies make use of performance-based acceptance test coupons utilizing electrical resistance measurements, such as the IPC-2221B Appendix “D” coupon, which when designed properly in accordance with the IPC-2221B Gerber Coupon Generator tool, have allowed manufacturers to detect latent microvia failures and shelter themselves from possible defect escapes. 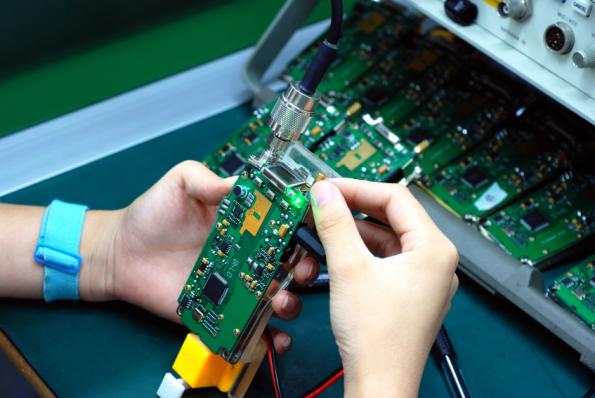