The alleged advanced biomorphic combat robot of Russia will move like a four legged animal and it will be equipped with a machine gun and guided antitank missiles, as suggested by the photos.

According to Sputnik news, photos appeared after media reports said that Russia to create a state-of-the-art biomorphic combat robot which will walk on four “legs” and will be armed with a machine gun and guided antitank missiles. 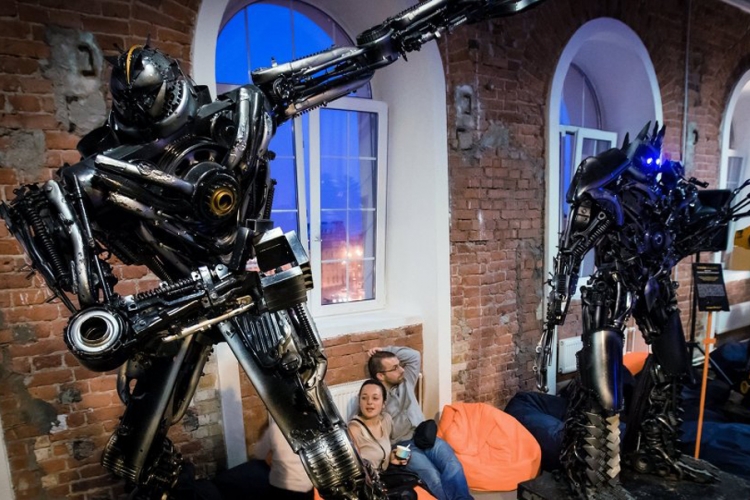 This robotic system will be used as a reconnaissance device, a platform for the transportation of armaments and ammunition, as well as for the detection of minefields and even weapons.

Sputnik also said that the robot will be capable of evacuating the dead and wounded from battlefields.

In near future, the warfare will be fought against robots and bionic warriors.

According to sputnik, the 400 kg robot will also be able to move on challenging surfaces at a speed unto 15 km per hour. And the state test of the system is scheduled for 2019.