Google’s Boston Dynamics robotics company is continuing its deep dive into the world of robotics with its latest animal automaton, SpotMini. But it is not so much the robot’s appearance as what it can do — and possibly be able to do in the future — that is so astounding. 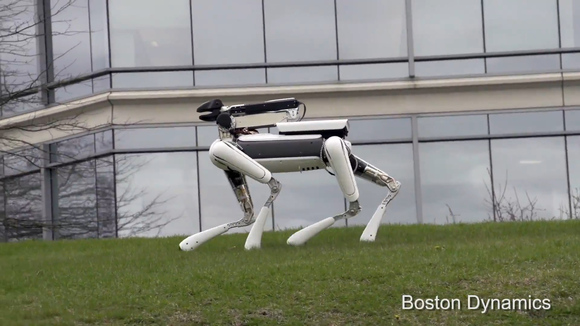 The newest robot from Alphabet-owned Boston Dynamics weighs just 55 pounds, but it can deliver cans of soda, load a dishwasher, and even dance.

SpotMini — a smaller version of the Spot robot — comes equipped with an arm that makes the dog-like robot look more like a dinosaur. But it also makes the robot highly functional. The arm gives SpotMini the ability to stand itself back up after a spill over some banana peels.

The SpotMini is one of Boston Dynamic’s quietest robots, and it can run with a degree of autonomy for some tasks.

According to Boston Dynamics, SpotMini runs completely on electricity and does not use hydraulics to power its motion. It can run for up to 90 minutes on a single charge and is among the quietest robots the company has ever built.

Using various sensors, it can perform tasks on its own, but often uses a human for high-level guidance, according to a description given from Boston Dynamics developers.