It took 18 months to design and, if all goes to plan, will haul at least 300,000 tonnes of rock per year over the next 10 years, saving, again according topreliminary calculations, 1,300 tonnes of CO2 production and the consumption of 500,000 litres of diesel in total.

It has been built specifically to transport lime and marl rocks, 20 times a day, 65 tonne sat a time, from a mountain ridge quarry in the Bernese Jurato down to a processing plant in the valley.

As it comes down heavy and drives back up light, preliminary calculations suggest that electricity generated from regenerative braking on the way down will be sufficient to replace all energy used to get the empty truck back up hill – it will never need charging from an external source. “The exact energy balance of the eDumper will be shown by investigations in everyday operation over the next few months,” according to Empa in April.

In an earlier life it was a Komatsu HD 605-7 operating in the same quarry. This was initially instrumented by Bern University of Applied Sciences to see if the conversion was possible. Then the BFH Energy Storage Research Centre evaluated suitable Li-ion cells and cooling techniques against the data, then built and tested a prototype battery module.

Original truck data went to Interstate University of Applied Sciences Buchs which handled the design of the holders and cooling that would bring the modules together into the final battery. “It is also responsible for monitoring the eDumper battery in real use,” said Empa – which itself was responsible for fire safety within the battery should mechanical or electrical abuse cause a problem. “Never before has a land vehicle been equipped with such a huge battery pack,” it said. “eDumper is now designed in such a way that a failing cell cannot affect neighbouring cells.”

The 600kWh battery is in four blocks, located in the engine compartment rather than instead of replacing the old diesel tank. It consists of 1,440 nickel manganese cobalt cells, probably supplied by Chinese manufacturer Shenzen Westart.

“Nickel manganese cobalt cells are also the choice of the German automobile industry when it comes to the next generation of electric cars,” said Empa battery expert Marcel Held. In the case of battery malfunction “some batteries start smoking, others burst into flames,” he added. “The crucial thing in this instance is to make sure the neighboring cells are not damaged by the fire and heat, otherwise there is the risk of a chain reaction.”

Slopes of up to 13% are involved in returning to the quarry, where the motor consumed up to 3,000A. 40kWh of charge is available on the return journey.

“If the use of the new vehicle proves successful, Ciments Vigier could power up to eight vehicles purely electrically in the long run,” according to Empa. “For Kuhn Schweiz AG this opens up new fields for large-scale construction machines, such as in tunnel construction or in residential areas that are sensitive to exhaust gas and noise.” 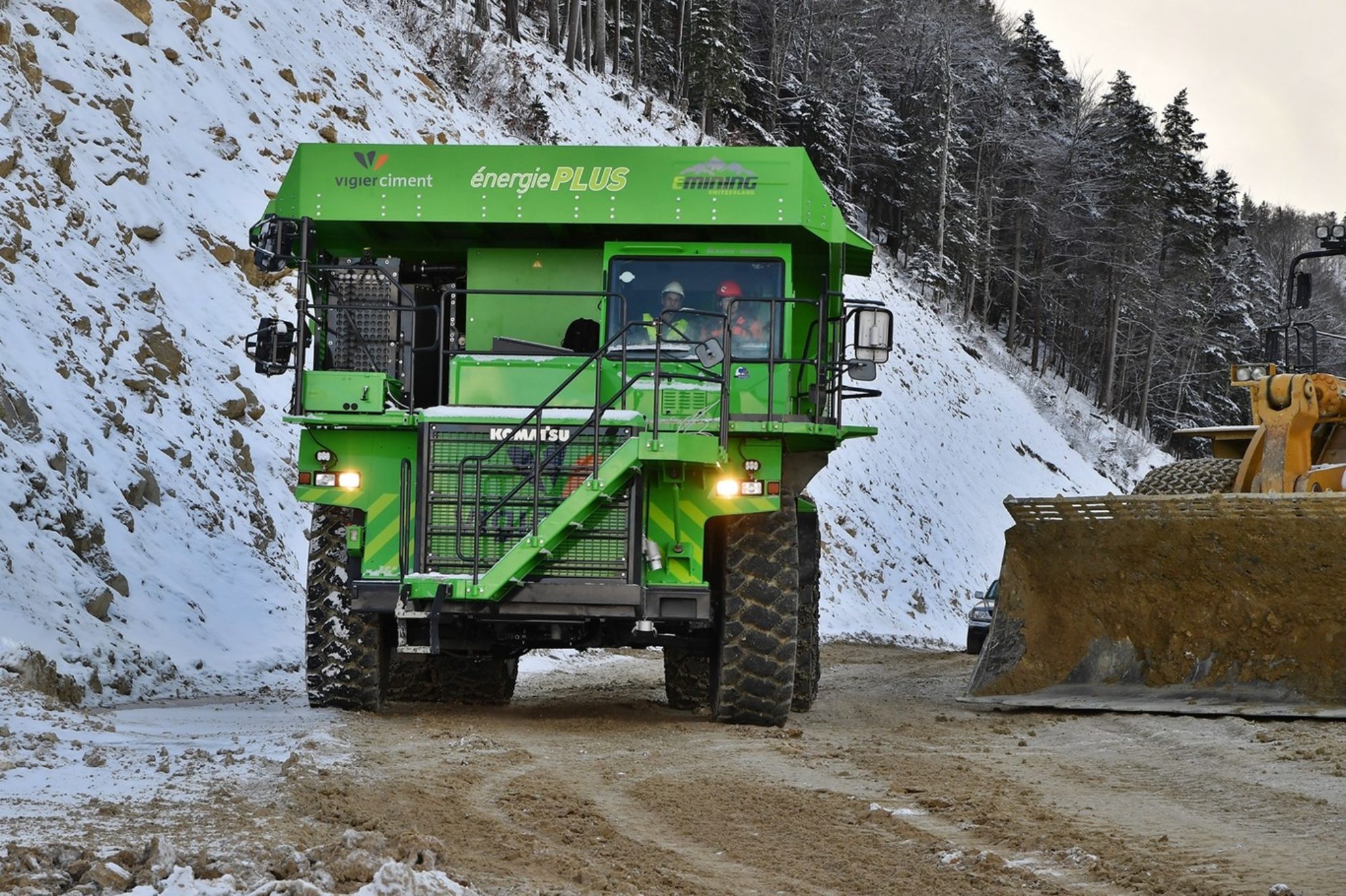