CMR Surgical is one of the UK’s fastest growing firms and says it wants to bring keyhole surgery, also known as minimally invasive surgery, to patients around the world. They has raised €220.4m to fund the global expansion of the “next generation” of robot surgeons.

This series C funding round is the largest ever private financing round for the medical technology sector in Europe to date.

The product that CMR Surgical has developed, named Versius, mimics the movements of the human arm, making precise movements easier to manage for surgeons.

Due to the versatility and affordability of Versius, CMR says that it can be used for “a broad range” of keyhole surgeries, which is usually associated with shorter hospital stays, less pain and fewer complications.

CMR Surgical has said that it aims to make robot-assisted procedures “universally accessible” worldwide, adding that the market for robotic-assisted minimal access surgeries, currently valued at €3.36b, is growing at 19% a year.

In May, CMR successfully completed 30 surgical procedures on humans using Versius, as part of an ongoing clinical trial in India. The trials involved gynaecological and gastrointestinal operations, such as gallbladder removal and hysterectomy.

The company also said that it was looking to launch in hospitals across Europe and Asia “imminently”. The investment, the company said, would “fully fund” the global commercialisation of the business.

Former investors Escala Capital Investments, LGT and Cambridge Innovation Capital, among other, took part in the round, as well as “new US investors with deep sector knowledge,” the company said.

The company now has offices located in four continents and says it employs 400 people.

“This is a really exciting time for CMR, having already completed a series of surgical procedures using Versius in a clinical trial, and we are on the verge of the commercial launch of the Versius system,” said CEO Martin Frost.

“We are strongly positioned to transform the global market of minimal access surgery, making it more accessible and affordable.” 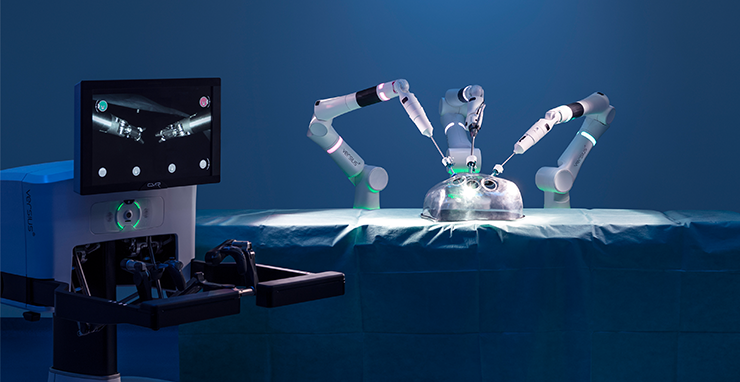