After 17 years and numerous setbacks and budget boosts, Europe’s Galileo satnav system is due to go live on Thursday with promises of better-than-ever location services.

Initial services, free to users worldwide, will be available only on smartphones and navigation units already fitted with Galileo-compatible microchips. Some devices may need only a software update to start using the service, according to the European Commission, which funds the project. 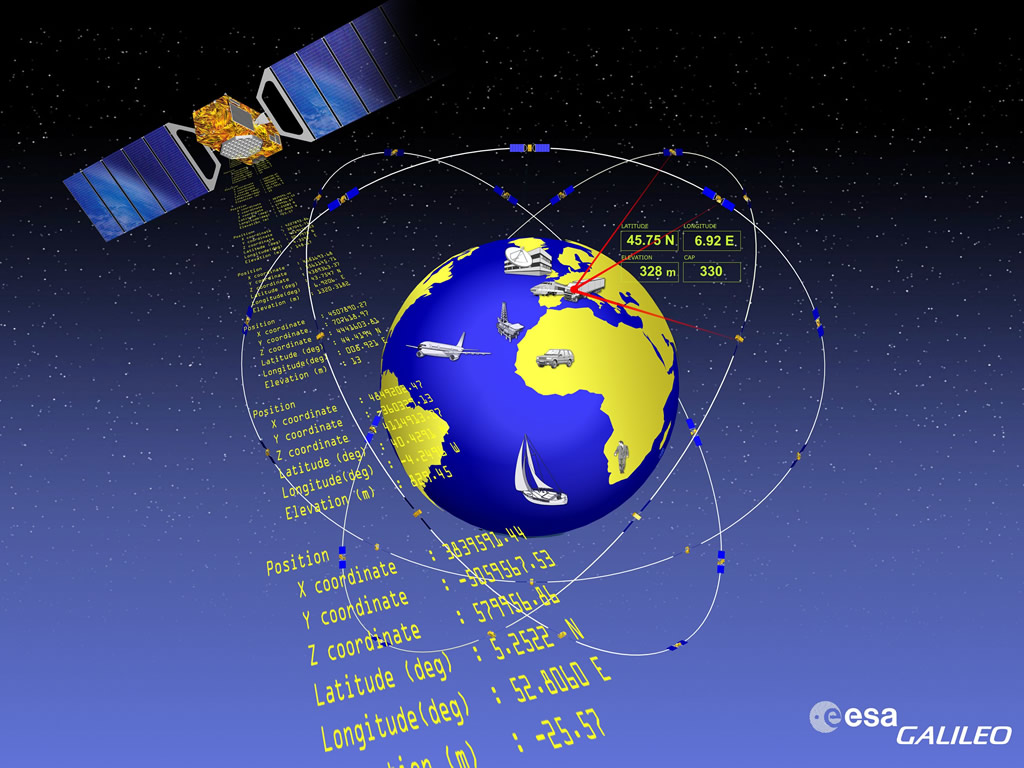 With 18 satellites in place so far, Galileo’s signal will be somewhat fuzzy at first, boosted by satellites in the American GPS system. But it will grow stronger and more independent over time as orbiters are added to the network circling 23,222 kilometres (14,430 miles) above Earth.

Its proud parents, the commission and European Space Agency, said Galileo should be fully operational by 2020, providing time and positioning data of unprecedented accuracy.  Galileo’s free Open Service will be able to pinpoint a location to within a metre (3.3 feet), compared to several metres for GPS and Russia’s GLONASS. A paying service will provide even more precise data, to within centimetres. Such precision would be invaluable for safer driverless cars and nuclear power plants.

“When fully operational, Galileo’s Search and Rescue service will reduce the time it takes to detect a person lost at sea or in the mountains from three hours to just 10 minutes after a distress beacon is activated,” the Galileo website says. 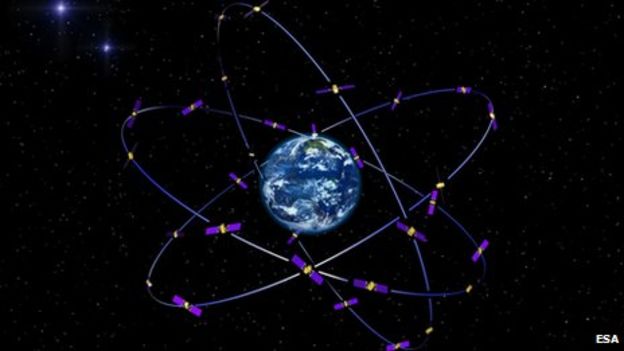 Its signal will eventually reach areas where none is possible today — inside road tunnels and on routes where high buildings shield radio waves from satellites flying low on the horizon.

The civilian-controlled service is also of great strategic importance for Europe, which relies on two military-run services – GPS and GLONASS, which provide no guarantee of uninterrupted service.

Named after Italian astronomer Galileo Galilei, the project was first approved with an initial budget of around three billion euros and plans to be operational by 2008. It suffered several technical and budgetary setbacks, including the launch of two satellites into the wrong orbit in 2014. Its total cost until 2020 is now calculated at about 10 billion euros ($11 billion). 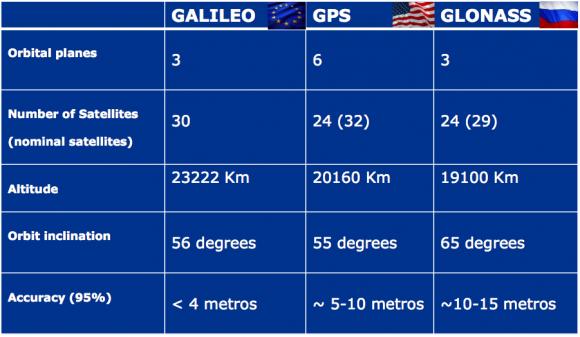 The European Commission expects the project will ultimately be an important commercial venture, adding some 90 billion euros to the EU economy in its first 20 years. Almost 10 percent of Europe’s gross domestic product is thought to depend on satellite navigation today — a figure projected to grow to about 30 percent by 2030.

The system’s groundbreaking accuracy is the result of best atomic clocks ever flown for navigation – one per satellite — accurate to one second in three million years. Galileo also has more satellites than either GPS or GLONASS, and better signals which carry more information.

A list of Galileo-enabled products can be consulted here: www.useGalileo.eu