As much as 79% of automation distributors do not believe their clients understand the security requirements for installing collaborative robots. This is according to Global Robotics Reporter results.

The report states that over 55% of automation distributors do not believe collaborative robot technology is advanced enough to deliver the performance demands of manufacturing or packaging industries. This coincides with over 80% of distributors witnessing no decline in industrial robot sales since the dawn of the cobot (collaborative robot).

However, the report also highlighted issues in the traditional, industrial robot market. The report emphasised distributor’s concerns about existing robotics software, with 45% of distributors stating that difficult to understand software was a common problem. Additionally, 38% of distributors highlighted the issue of robot software incompatibility with existing automation systems.

Cyber security was raised as another area of uncertainty. Over three-quarters of automation distributors stated their customers did not ask for advice about cyber security when upgrading to a smart factory. In the era of Industry 4.0, cyber security should be an important consideration. However, when respondents were asked about the feature’s customers specified when choosing a robot, security protocols were not mentioned.

Instead, the most popular features customers are perceived to be looking for were related to simple robot programming at 79%, integrated vision at 55% and collaborative abilities at 48%.

“Customer expectations of industrial robots are changing,” explained Nigel Smith, managing director of TM Robotics. “As a result, the way we deliver robots must change too. No longer are robots simply a tool to increase manufacturing output, but a fundamental part of manufacturers’ goals for digitalisation. To meet these expectations, distributors must consider what factors are important to today’s manufacturers.

“Data has been collected from distributors on six out of seven continents — we’re still working on Antarctica. To put some rhetorical flesh on the statistics of these responses, we have also collected some anonymous quotes from distributors of robotic equipment, to deliver an undiluted view on the state of the industry and its customers.” 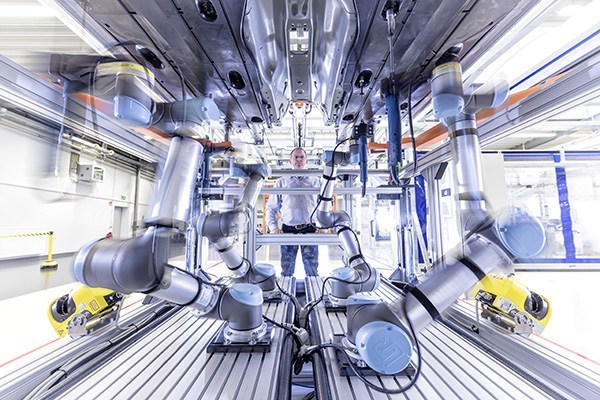