China has launched its second-ever space lab, a key part of the nation’s plan to have a permanently staffed space station up and running by the early 2020s.

If all goes according to plan, the 9.5-ton (8.6 metric tons) Tiangong-2 — whose name translates as “Heavenly Palace” in Mandarin — will soon settle into an orbit about 236 miles (380 kilometers) above Earth and perform a series of initial tests and checkouts, according to China’s state-run Xinhua news agency.

The space lab will then climb to an altitude of 244 miles (393 km) — the same height at which China’s future space station will operate — and await a mid- to late-October visit from two Chinese astronauts aboard a vessel called Shenzhou-11. 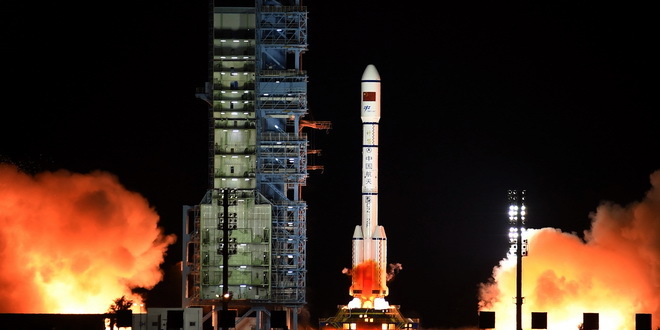 Those astronauts, who have not yet been publicly identified, will stay aboard Tiangong-2 for 30 days, conducting a series of experiments in biology, physics and space medicine, Xinhua reported.

In April 2017, China’s first cargo ship, Tianzhou-1, will dock with Tiangong-2, delivering fuel and other supplies to the space lab.

The 34-foot-long (10.4 meters) Tiangong-2 looks a lot like China’s first space lab, Tiangong-1, which launched in September 2011. Chinese astronauts visited Tiangong-1 on two different occasions, spending about eight and 12 days aboard the lab in June 2012 and June 2013, respectively.

Tiangong-1 ended its operational life in March of this year and will likely fall back to Earth in the second half of 2017, Chinese officials have said.