Following IBM’s announcement that it will develop an AI IoT infrastructure aging solution (we’ve written about it here), the Break the Grid initiative comes from Denmark with the idea of ​​letting 3D printers move autonomously to fix things.

Buildings, infrastructure and cities around the world are under pressure from explosive population growth and warming, and moving 3D printers could solve this global challenge.

Break the Grid was developed by GXN Innovation, an independent research firm at 3XN, in collaboration with Denmark’s AM Hub, a Danish platform for the production of digital and additive products and map Architects based in Copenhagen. Through a series of mechanical and virtual hacks of existing 3D printers, design partners envision faster, cheaper, and more efficient methods of responding to urban, social, and environmental changes.

Break the Grid is part of the Danish AM Hub Moonshots initiative that focuses on the power of design to create a better world. The project team identified three different scenarios for the production of autonomous additives, a key element of an imagined near future in which the advancement of robotics and machine learning has enabled 3D printers to roam our natural and artificial environments, addressing the burning urban challenges. The team used existing printing and reading technology to create moving mechanical prototypes of 3D printers. Based on these prototypes, the team investigated virtual hacks for mobile printing on land, underwater and in the air.

“Releasing 3D printers to meet these challenges could be an emerging revolution,” explained Kasper Jensen, founder of GXN. “By enabling robots to crawl, swim and fly, we can deal with urgent environmental threats around the world at a lower cost and with greater efficiency.”

The global challenge the proposal addresses is the current state of decay of our global infrastructure. Micro-cracks are the starting point for further damage to the concrete infrastructure, as these cracks allow water and oxygen in the structure, leading to corrosion. The project team hypothesized that 3D printers could be used to repair these micro-cracks using a porous filler mixed with the Trichoderma Reesei fungus, which promotes calcium carbonate formation. The autonomous hexagon, the proposal theorizes, could wander the length of urban and remote concrete infrastructure, scanning for structural integrity and repairing micro cracks before causing more damage.

Another global challenge facing the proposal is the increasingly damaging effect of climate change on coastal habitats. More than 10% of the world’s coastal population live at less than 10 meters above sea level and become more vulnerable to coastal storms and catastrophic tsunamis. Inspired by specialized oyster-based adhesive, researchers have developed a synthetic adhesive with many of the same properties. GXN and its partners envision 3D remote-controlled underwater vehicles that would mix this glue with ocean floor sand and create a wet-setting binder that would build artificial reef structures to protect shorelines and also provide vital habitats for marine life.

The third world challenge is the considerable loss of heat and energy that results from the aging of tall buildings in major cities. Many existing facades require repair or better insulation to combat energy loss. Researchers are exploring how functionally classified materials can combine glass with high-performance polymers to provide new thermal insulation for old buildings. Break Grid imagines a drone-based printing system for information and filling thermal bridges in these older high-rise buildings, for efficient, material-based, case-by-case solutions with lower investment requirements and minimal human interaction.

“Conversion technologies provide new approaches to construction,” explained Mads Kjøller Damkjær, director of the Danish AM Hub Fund. “We hope to inspire the additive industry to envision new opportunities, which will require that combining design and technology will change our values ​​and our current ways of thinking.” 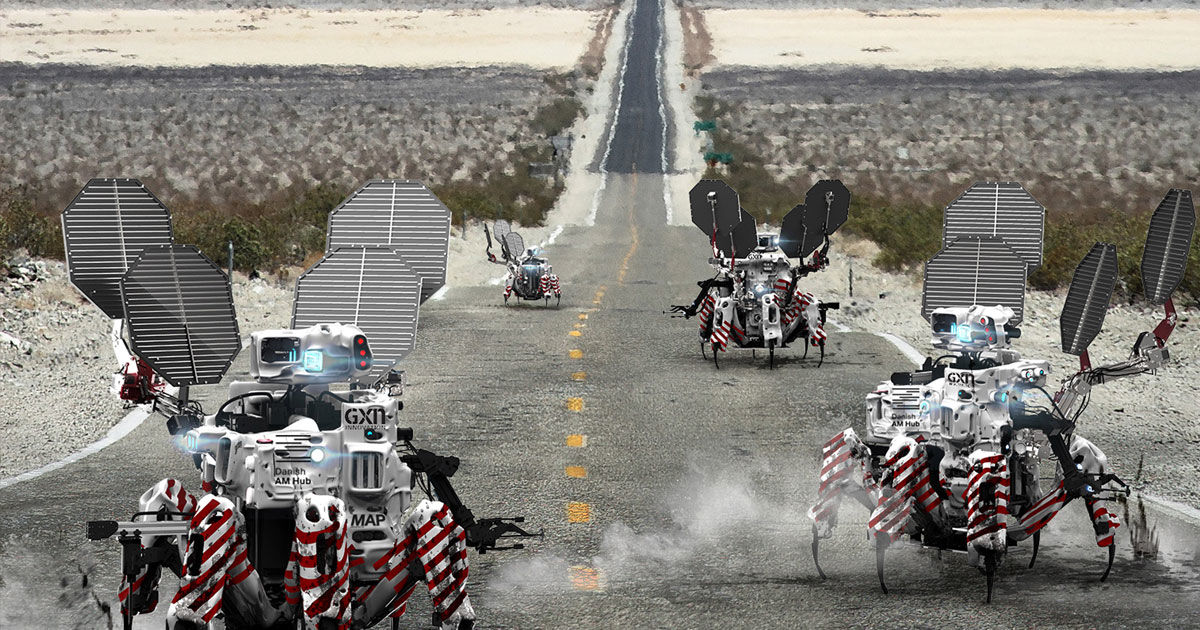